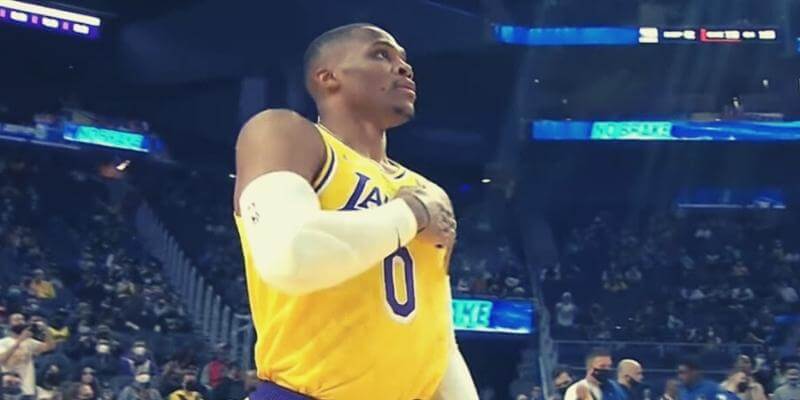 NBA players all have physical advantages that make them stand out. Even smaller ones, such as guards and wings, are athletic specimens in their own right. The NBA isn’t necessarily about being tall, it’s about having characteristics that almost no one else does.

This guide expands on that theme by looking at one of the most athletic guards in the NBA in Russell Westbrook. Breaking down his traits and dimensions, as well as what he’s able to do with them, reveals that size is not the only thing that matters.

A Mix of Height and Weight

At the start of the NBA, being big was all that mattered. The league was, quite literally, built on the shoulders of giants. Height was the most important aspect anyone could have, and then general mass/weight came second. The closer a player was to the rim, the better they were.

Height still plays a key role, but it’s not quite as black and white. NBA players are still large, but in a brand new way. Big men tend to be smaller than they were in previous decades, while guards have actually gained an inch or two.

Westbrook is a perfect example of that trend. He’s not built like traditional point guards. Rather, he’s pretty tall (6’3) and extremely strong (200 pounds). That combination is impressive enough on its own, but it’s even better considering his quickness and verticality.

The Lakers guard has a jump of 36.5 inches (93 cm). That’s insanely bouncy, especially considering that he’s one of the fastest players in the NBA. He’s built like a football player, and knows how to use his body to defend and score. He can push through opponents, or simply sky over them.

Westbrook’s height is not particularly impressive when compared to the rest of the NBA (in fact, it’s perfectly average) but his body control and raw power both push it to the next level. Being big is one thing, being big, lean, tall, and strong is something else entirely.

The other key reason Westbrook stands out is his wingspan. For decades, most organizations ignored arm length. They knew it was important in that it suggested how athletic a player might be, but they didn’t put a lot of stock into the measurement. Times have now changed.

Teams now look at wingspan as much as they look at anything else. Westbrook’s is quite impressive. His arms stretch out to 6’8. That gives him a reach that’s five inches taller than his height, which is incredibly important for guards.

Long arms are always important when it comes to rebounds and blocks. However, they are even more critical for guards because they help with passes, steals, and quick dribble moves. Westbrook moves well with the ball, and is able to navigate traffic. Both come from long arms.

On top of that, he’s a triple double machine. Being able to snag clutch boards or whip the ball to the right man at the right time are both traits that he possesses due to his arms. Having a few extra inches on his wingspan is much more important than his height.

It’s impossible to break him down to a single attribute. Even so, his arms are the one part of him that are special on paper. They allow him to play bigger than he is and work perfectly well with the rest of his frame.

Westbrook is one of the strongest guards in the league. He has a decent amount of height on top of a good weight and huge wingspan. That package mixes perfectly with his explosiveness and vertical to create a truly multi-talented athlete.