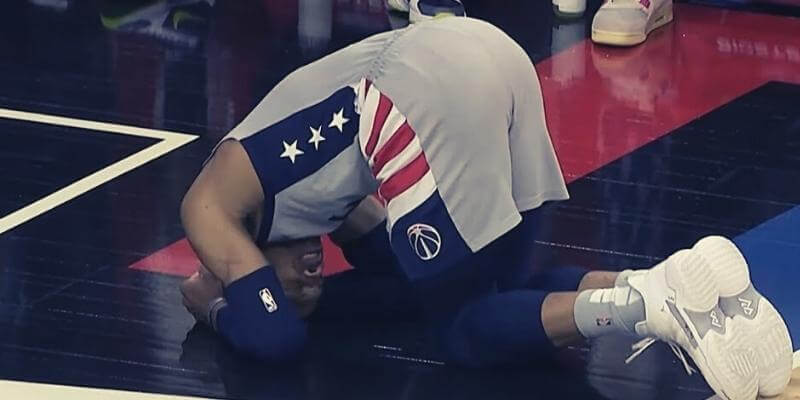 No athlete wants to get hurt, but it happens to just about everyone. While some are able to stay healthy for their entire careers, that’s far from the norm. More often than not, even the greatest players of all time miss a year here and there due to injury.

Russell Westbrook is an exception to that rule. He’s one of the strongest athletes in the NBA, and he’s stayed on the court longer than most. The following sections break that down in detail to show what he’s gone through, as well as how he’s bounced back.

Hurt, but Not For Long

Westbrook came into the league on top. He was the third pick of the draft, put up big stats early, and quickly worked with James Harden and Kevin Durant to turn the Thunder into a true contender. In just three seasons they reached the Finals, but their success didn’t last for long.

Just one year after going to the NBA’s biggest stage, Westbrook ran into an issue. He collided with guard Patrick Beverley during a steal attempt in next year’s playoffs. While the guard finished the game, later x-rays revealed the impact caused a tear in his right meniscus.

That led him to have two surgeries in the offseason in an effort to get back on the court. Early reports stated he would miss multiple weeks after going under the knife, but Westbrook defied expectations. He only missed two games before coming back.

That injury is the only real one Westbrook suffered throughout his career. He’s missed a few games here and there due to issues like a nagging ankle issue and sore quads, but none of those sat him out for extended periods of time. He’s been able to take good care of his body.

Despite his injury season, Westbrook has played in 60 or more games for just about every single season. Not only that, but he played in all 82 for five and 78 or more for eight. That’s incredibly impressive, especially when compared to how much players now sit out for rest.

Most top athletes don’t play in as many games as he has, especially as they age. Though he doesn’t go into every contest anymore, he still played in 78 games last season.He’s not just a workhorse, he’s a workhorse who’s been able to stay ahead of any lasting injuries.

That’s a big reason he’s been so good for so long.

The Importance of Health

Injuries are largely a crapshoot, but they can be the difference between a shining and a forgotten career. While it’s not entirely fair, getting injured in the wrong way or at the wrong time can completely end a player’s time in the NBA.

That’s the reason so many top athletes are so careful with their health. They don’t want to risk going down, nor do they want to partake in routines that might take them away from the court. Westbrook does a good job of that. He has a lot of natural toughness as well.

Rest is an extremely important part of today’s league. Westbrook may not need it as much as other players, but there’s nothing wrong with taking a regular season game off here and there. He’s always in when needed, and he never backs down from a challenge.

Being injured is never fun, but luckily for Westbrook he managed to bounce back from his only big issue. He’s had his fair share of time off, but it never slowed him down. The guard takes care of his body, works hard on recovery, and continues to play at a high level to this day.