How Many Rings Does Russell Westbrook Have? 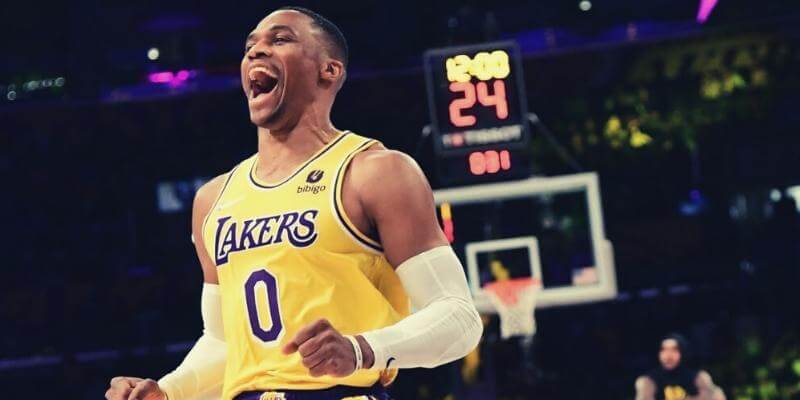 Like it or not, sports are all about winning. Not just for an individual, but for a team as well. Taking home a good record goes a long way for a while, but for players to truly elevate themselves within the NBA they need to get rings.

Championships are incredibly important in today’s sports. To illustrate that, I will take a look at Russell Westbrook’s quest for rings and break down how successful he’s been on that journey.

To be a true NBA star is to win. There are many great players and hall of famers out there, but the ones without jewelry don’t have the same reputation as those that do. That’s been true since the NBA first came about, and it’s even more true today.

Where players like John Stockton and Pete Maravich could get by without winning a ring, those days are long gone. The internet has put a huge importance on legacy. If a high-profile athlete can’t get their team a ring, they are often seen as either a failure or a good-but-not-great star.

That’s why so many players chase rings in today’s league. It’s not just about achieving their own dream, it’s about getting a pretty heavy monkey off their back.

As with most stars, Westbrook came into the league weighed down by expectations. A role player at UCLA, he went third overall to the Thunder, who expected him to help propel them to a winning team. He did just that, and it didn’t take long, either.

Teaming up with the superstar duo of Kevin Durant and James Harden, Oklahoma City had one of the strongest and most versatile offenses in the league. They ran over teams, had plenty of ways to score, and looked almost unstoppable in the pretty strong Western Conference.

Still, their road wasn’t easy. In 2009, despite their regular season success, they lost to the eventual champion Los Angeles Lakers. The next year, they were then ousted by the Dallas Mavericks in the Conference Finals. They were close, but couldn’t get over the hill.

In 2010, the trio finally broke through. They came together to make a strong playoff push and get to the Finals. Unfortunately, it wasn’t enough to win. They ran headfirst into Lebron James’ Heat, who took them down in a quick five game series.

Unfortunately for Westbrook, his battle with the Heat would be the last time he reached the Finals. A series of surgeries in the 2010 greatly slowed down his (and the Thunder’s progress). By the time he got back, the league had shifted.

He and Durant made one last push in 2015, but they eventually lost to the Warriors in the Western Conference Finals in a tough seven game series. Durant left in the offseason, meaning that the Thunder’s window officially closed.

Westbrook went to a few teams after that, including the Rockets and Lakers, but none of his trades panned out. He has yet to get a ring. That’s given him a bit of a reputation as a stat machine who doesn’t have a big focus on winning.

That might not be entirely true, but it goes to show how hard not taking home a championship can be for athletes to overcome. He’s had an impressive career, but it gets overshadowed by his lack of postseason success.

Westbrook is a good player. So good, in fact, that his jersey will likely hang in Springfield one day. Still, unless he can get a ring before he retires everyone will always put an asterisk by his name. That’s unfortunate, but it’s the way athletes are viewed in today’s world.