Why is Shaq in So Many Commercials? 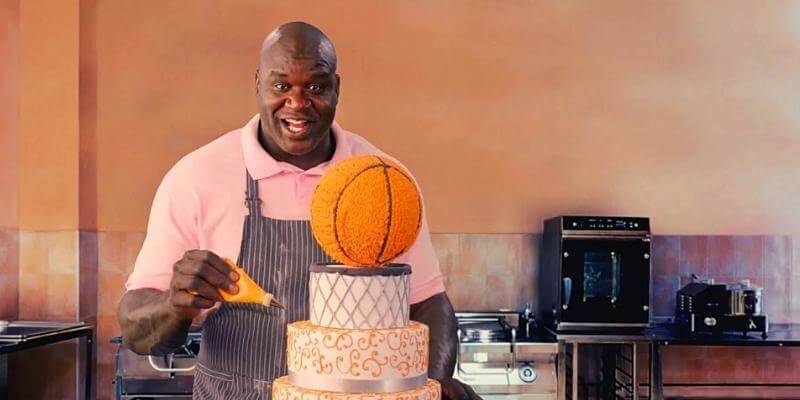 NBA players earn a lot of money from their contracts, but team deals only go so far. To make the big bucks, athletes need to turn to endorsements. Sometimes that’s a single company deal, and sometimes it’s multiple partnerships across multiple brands.

Throughout the following article, I will list the numerous commercials Shaq did, as well as the companies he did them with. That will shed light on why he seemed to be in so many ads compared to similar players, and how those TV spots furthered his career.

Large contracts are how NBA players get rich, but endorsements are how they build their wealth. Even max deals, which pay out in the hundreds of millions, don’t have the same longevity, guarantees, or scale as external signings.

Jordan was the first player to really blow open how much such deals could bring in. Though some players did commercials every now and then, his massive contract with Nike showed just how much money could be made off the court.

The NBA as a whole took notice of the move, including Shaq. However, rather than following Jordan, he paved his own road by moving over to TV.

Where the Money Goes

Shaq understood the business side of basketball as much as the game. Where many players only focused on their organizational signings, he wanted to be much bigger. Using his star power, he started doing commercials in the 90’s and never looked back.

After bringing in some early money, Shaq began to branch out. His initial TV spots were for brands like Pepsi and Burger King, but he soon expanded into just about every facet imaginable. That included insurance, medicine, and automobiles.

During his time in basketball, Shaq did ad spots for Reebok, Nestle Crunch, Gold Bond, Buick, The General, Papa John’s, Hulu, IcyHot, Epson, and many more. Not only did those make him money, but he owns stake in a lot of those companies too. That allowed him to double dip.

With so much to gain, it was a no brainer for the big man to get into as many commercials as possible. The more he does, the more he pulls in. It’s really quite that simple.

Shaq did a ton of commercials while also playing in the NBA, so it should come as no surprise that he upped the ante once he stepped away from the game. Rather than slow down, he used up all of his free time by promoting more than 50 different products after his retirement.

Not only that, but he bought into more companies and started diversifying his own portfolio. As such, he had even more to gain by promoting products that he had a personal stake in. There was no reason to slow down with so much money on the table.

If the past is any indication, Shaq will likely only do more and more ads as time goes on. He has plenty of new investments, and is always buying up new businesses when he can. He’s not foolish, but he knows how to generate extra income better than most athletes.

There are undoubtedly plenty of products out there who would love to have him as a spokesperson. If they give him a good deal, he’ll likely speak on their behalf.

Shaq is one of the richest players of all time, and that’s no doubt due to his endorsements. He never said no to a good deal, and took all the commercials he could. That landed him payday after payday, grew his wealth, and created the large net worth he has today.