What is Shaq’s Real Height and Wingspan? 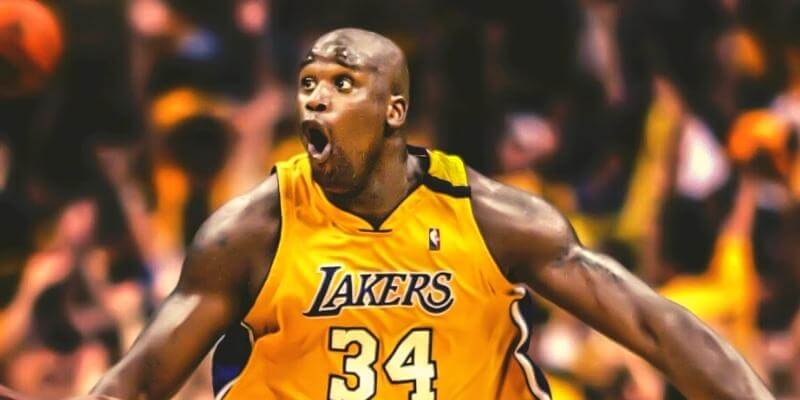 Every NBA player is big, but almost nobody has ever been able to match the frame of Shaquille O’Neal. The center is a giant of a man who made other professional centers look tiny in his presence. That size gave him a huge edge and pushed him into the realm of all-time greats.

He’s one of the best centers of all time. In this article, I will look at how much his large size is to thank for that, and how he managed to leverage a giant height/wingspan to absolutely dominate the competition.

The NBA is a big league. While most skill positions are getting smaller and smaller due to the large emphasis on both quick offenses and outside shooting, players still need to be tall. Height and weight are both essential, especially if players can be big and quick at the same time.

That’s what sets so many modern centers apart. They have larger frames, but can still shoot or dribble as they see fit. Shaq didn’t have those abilities, but he was also much bigger than most centers. That enabled him to be a true bruiser who bullied his way into the post.

His style of play may not work anymore, but it allowed him to win four different championships across six years. He had a lot of power, and wasn’t afraid to use it.

Shaq was a massive player. Where most NBA big men, such as Giannis and Jokic, stand just below 7 feet tall, Shaq stood at an impressive 7’1. That height alone made him a force in the paint. NBA players are big, and standing tall among them is a huge advantage.

Shaq’s game came down to quick post moves, efficient back downs, powerful dunks, and strong rebounding. He would never have been able to achieve that without a big frame, especially during the 90’s and early 2000’s when every big man was tough.

Nobody could get in his way, and nobody could play to his size. That’s because Shaq was strong and heavy in addition to his height. Clocking in at 300-plus pounds, even similar big men couldn’t do much when The Big Diesel decided to make a move towards the basket.

Shaq’s height was essential to the way he played, but it wasn’t his only advantage. Unlike most other forwards and centers, he had an extended reach too. His arms measured 7’7 across, giving him a leg up over his competition.

Every big man in the NBA has long arms. However, most of them only have arms that are at, or are just a few inches longer, than their height. Big discrepancies between height and wingspan are often only seen in guards. Shaq was an anomaly in that sense as well.

Shaq’s arm-to-body ratio is big for any position, but it’s incredibly useful for a center. His reach didn’t just allow him to get more creative when backing defenders down, it also enabled him to play much more effective defense.

Opposing players didn’t have the strength to go through Shaq. Rather, they had to go around him. As his arms were so long, that then gave him the opportunity to contest or block shots that would normally be easy buckets for opposing forwards and centers.

Shaq’s reach also greatly helped him on the offensive side of the ball. He relied on his power quite a bit, but he was a master of post moves as well. Being able to flip the ball around defenders went a long way against other tall athletes.

Taking the above dimensions into account, it’s easy to see why Shaq was so special. He was an athletic powerhouse who had a big frame that he easily moved through space. He also had a quickness that players his size simply cannot match.

His lengthy wingspan gave him more versatility on both sides of the ball, while his muscle perfectly complemented his impressive height. Being big is one thing, being big and knowing how to use a large frame to score the ball is another.

There have been many, many powerful centers in NBA history. None of them had the sheer strength Shaq had, nor could they move such a big body so effortlessly around the court.

Shaq isn’t just big, he’s absolutely massive. His height and wingspan both helped him play well in the post, and the size he had on top of them pushed him from being just another larger center to being one of the biggest men in the history of the league.

True centers like him don’t exist anymore. However, during his time, nobody could match Shaq. He’s not the tallest or longest player ever, but he could do things with his dimensions nobody else could. That’s what set him apart.