Does Shaq Really Have a PHD? 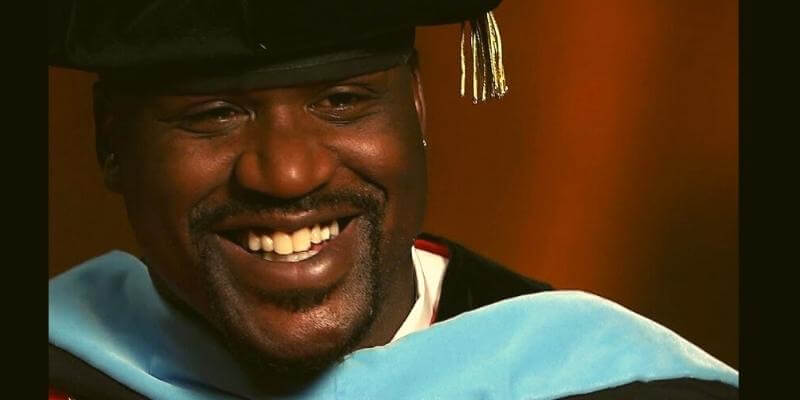 Most NBA players go into the league after one of two college seasons, which means they don’t often get a chance to finish their degree. While some stick it out and get their undergraduate, very few ever have the time to pursue higher education. There are, however, some exceptions.

The following sections look at Shaq’s personal education, and study how he earned his different degrees. He’s one of the best players to ever step onto an NBA court, and he’s also one of the most educated.

Get In, Get Out

The NBA is a league full of intelligent and capable athletes. However, due to the way the system works, very few end up finishing college. Players want to strike when the iron is hot, so they head to the NBA as soon as they can. It makes sense, but it leaves them without degrees.

Less than one quarter of the league (21 percent) has an undergraduate degree. That may seem low, but it’s actually higher than it has been in past decades.

Modern athletes are going back to college more often than they used to, especially in today’s age of summer and online classes. It’s easier than ever for players to get back into the classroom, and many are taking full advantage of those opportunities.

Even so, such programs are largely undergraduate degrees. Higher education is a different beast, and one that almost no NBA players mess with. That’s what makes Shaq so unique.

A Love of Learning

Shaq, like most other great players, took full advantage of his prime by moving on from college as soon as he got interest from the NBA. However, unlike other superstars, he left with the full intention of returning to school. He promised his mom he would go back, and that’s what he did.

In the late 90’s, the Lakers big man went back to school at LSU while also winning championships for Los Angeles. He studied hard and eventually earned his bachelor of arts degree during the 2000 season.

From there, his love of education kept him going back. Shaq went on to get his master’s degree in business through the University of Phoenix’s online program five years later. That made him one of the only players in the NBA to seek out and receive a second degree.

For most, that would be enough. However, the superstar wanted to do even more.

One of a Kind

Shaq loves learning, as shown by his numerous degrees. He loves it so much, in fact, that after getting his second degree he went for a third. Towards the end of his playing career, he earned his doctorate in education (Ed.D.) in Human Resource Development at Barry University.

That move made him the only NBA player in the history of the game to earn a doctorate. Dikembe Motumbo has two as well (from Georgetown and Haverford), but both are honorary. Shaq’s degree is education, and one he put in the work to get.

It’s not technically a Ph.D, but it’s still an incredible achievement that puts him into one of the most unique clubs on Earth. He’s not just a pro athlete, he’s a pro athlete who also happens to have the highest form of education possible. It doesn’t get more impressive than that.

Shaq differentiated himself from other players in a variety of ways, and that included his higher education. It may have taken some time, but the big earned his Ed.D. It’s a high achievement for anyone, but it’s truly incredible for a pro athlete who took such a long break from school.