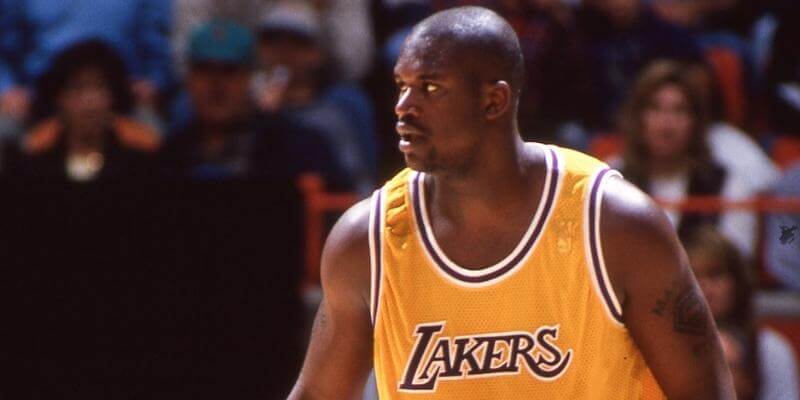 Shaquille O’Neal (Shaq) was one of the most dominant big men to ever play basketball. His aggression, strength, and power made everyone tremble when he got near the rim. He was a force in the paint, a one-man wrecking crew, and a truly terrifying presence. He also happens to be a huge jokester.

I have spent nearly my entire life watching and playing basketball. Not only has my firsthand knowledge given me the ability to break down the game, but my years of spectating both Shaq’s and other great players’ careers allowed me to compile the great quotes in this guide.

Here, I will list some of Shaq’s funniest quotes and explain their context. Though he’s always been known for being able to sneak in a quip here and there, or make light of a goofy situation, the following remarks are truly some of the most clever to ever come out of his mouth.

Read on if you want a good laugh!

Always Out for a Good Time

Shaq didn’t just dominate the NBA, he truly enjoyed his time in the league. From interviews to post game conferences and everything in between, he didn’t miss a chance to drop a funny line. That’s what you’ll find below.

“If you go 72-11 and don’t win [the championship], it doesn’t mean anything. Actually it does. It means you’ve cheated and played an extra regular season game.”

“There is no answer to the Pythagorean theorem. Well, there is an answer, but by the time you figure it out, I got 40 points, 10 rebounds and then we’re planning for the parade.”

This quote is reflective of Shaq’s drive to win, as well as his sense of humor. He gets the quote wrong, and then pokes fun at his mistake. He never took himself too seriously, but he did always remind people that championships come first.

2. Shaq and his Nicknames

“I want to be known as ‘The Big Shakespeare.’ It was Shakespeare that said, ‘Some men are born great, some achieve greatness, some have greatness thrust upon them.’”

“All this heaviness does not mean that I’m a monk. I’m an unorthodox type of guy, a funny guy—at least I think I’m funny. And one of the things I like to do is come up with nicknames for myself. ‘The Big Stock Exchange.’ I start off at one price. Every now and then I’ll go down, but eventually I’ll go back up.”

Shaq went by many names in his time. However, he could never resist giving himself a few extra during interviews. The above examples are just a few of the more hilarious ones he coined over the years.

“Me shooting 40 percent at the foul line is just God’s way of saying that nobody’s perfect. If I shot 90 percent from the line, it just wouldn’t be right.”

Something that made Shaq’s sense of humor so iconic is his ability to poke fun at himself. He was never a good free throw shooter, and everyone knew it. Rather than shying away from the topic, he simply leaned into it the way he always did.

“David Stern wonders why the league is losing money,” Shaq told a reporter during a televised interview. “That’s why. People paid good money to come watch these athletes play and [the refs] try to take over the f—ing game!”

Shaq has never been one to shy away from his personal feelings, and he’s known to get heated. This quote, about fouls (or non-fouls) is funny because of his frankness with the camera and dismissal of league decorum. He always was his own man.

Even funnier, when the reporter told him the interview was live so he shouldn’t swear, Shaq responded with “I don’t give a s—.”

“My impression was “my daughters tackle me harder when I come home…” It actually felt pretty good to get hit like that. Thank you, Jerry, I appreciate it.”

This quote came from the Big Diesel after he got hammered by Jerry Stackhouse during a game. The big man never shied away from contact, nor did he let other people know how much bigger he was than them.

“I was a medium-level juvenile delinquent from Newark who always dreamed about doing a movie. Someone said, ‘hey here’s 7 million, come in and do this genie movie.’ What, am I going to say, no?”

Everyone knows Shaq was an athlete, but few people knew he was in movies as well. They were not well received, but, as with everything else, Shaq added humor to the situation and took it in stride.

7. Shaq on His Team Choice

Shaq played for several teams throughout his long career. While most of them were large, iconic franchises, he never played for the Knicks. To explain that, the center said:

“I think it’s a great city. I think it’s a fabulous city. But in my young juvenile days, I was an idiot, and I bought 30 cars. And I need to drive those cars, and New York isn’t really the place you can do that.”

Few players were as iconic as Shaquille O’Neal. The center was an absolute force for all of the years he played, but his off-court personality is what truly made him a media darling. Fans loved him, and they continue to enjoy his personality during his coverage of the game.

It’s hard to encapsulate an entire person or player into one statement. However, the big man tried, and he did it in his own way. As he said: