How Many Three Pointers Did Shaq Make? 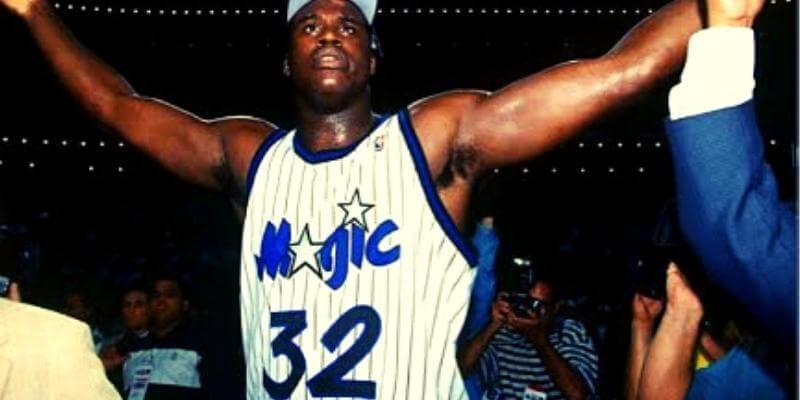 Three pointers have become one of the cornerstones of the NBA. Every good modern player can hit from deep, and offenses are entirely built around setting up the long ball. However, the NBA was not always that way. Big men used to be quite different from what they are now.

This article studies the shift the NBA has undergone over the last thirty years by looking at the number of three pointers Shaq made during his career. That reveals the differences between the decades and hints at what the future holds for the entire league.

For better or for worse, the NBA is now all about the three pointer. Most top teams take a plethora of deep shots every game, and that number only gets bigger and bigger every season. Certain organizations have entire offenses set up just to shoot as many threes as possible.

On paper, it makes sense. Three is more than two. As such, the more shots a team can make beyond the arc the more points they will score during the game. However, that’s a recent shift that only came about in the past few years. Before that, pure big men had a lot of more value.

Throughout the 80’s, 90’s, and early 2000’s big bruising centers were in high demand. Outside shooting still mattered, but being able to play bully ball down low while out rebounding the opposing team was a surefire method that would lead to wins.

Built for His Time

Today’s premier centers, such as Joel Embiid, Giannis Antetokounmpo, and Nikola Jokic, all have an outside threat. They can shoot beyond the arc, have a decent midrange game, and can dribble through traffic when needed.

Shaq did not play that way, nor was he expected to. He wasn’t completely helpless outside, but his game was getting down low and shoving his way to the rim. He made a living off of efficient post moves, and was able to use his large frame to overpower smaller opponents.

As so much of what he did revolve around the block, he resisted shooting outside the key. He didn’t take jumpers, rarely squared up for a bank shot, and almost never took a three.

It may seem weird to modern viewers, but Shaq only made one deep shot during his entire career.

Shaq played for almost 20 seasons in the NBA, and the only time he put in a deep range attempt was during the 1995-1996 season against the Milwaukee Bucks. It wasn’t entirely intentional either.

He banked in the attempt on a turn around three pointer that he heaved up at the buzzer. It was the only shot he made beyond the arc. He attempted 22 throughout his many seasons in the league, and almost all of them were desperate heaves rather than set plays.

That may be surprising to fans used to seeing big men hit threes, but roles were much more defined during the 90’s and 2000’s. Big men, especially ones as large as Shaq, simply didn’t shoot from outside. He made his living down low, and he made it well.

In today’s NBA, any primetime player only hitting a single three seems impossible. However, Shaq never needed to pull up. He was one of the most dominant bigs of all time, and managed to do work down low.

He would never be able to get away with that today, but the NBA was a much different place when he played. His three point number is one of the best examples of that.