How Many Rings Does Shaq Have 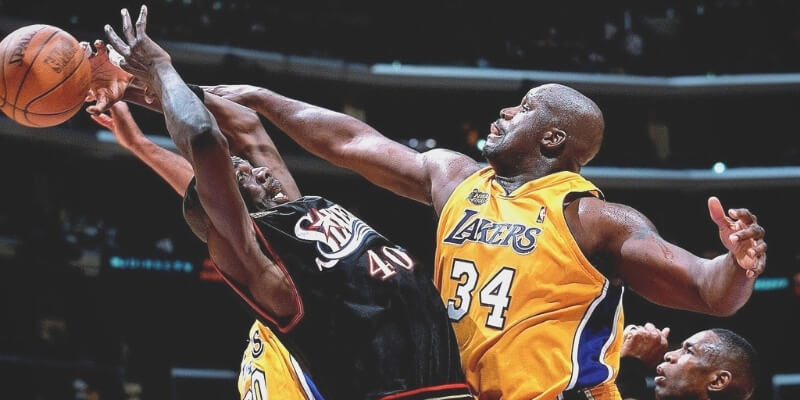 If you want to find the most dominant player to ever step onto an NBA court, you may not have to look much further than Hall of Famer Shaquille O’Neal.

O’Neal struck fear in his opponents for 19 seasons, and he put up some monster numbers along the way. As a powerful, big man with an even bigger personality, he was a winner—and one of the greatest traditional centers in league history.

You might remember his dominance on the court from an individual perspective, but how well did his teams fare? And how many NBA titles did Shaq actually win? This article will touch on his illustrious career and answer the question: how many rings does Shaq have?

O’Neal burst onto the scene while he was at college at LSU. At the time, Shaq was unlike any player that the game of basketball had ever seen. He was over seven feet tall but was quick, coordinated, and would dunk on anyone’s head who made the mistake of trying to block his shot. Since the first NBA game, Shaq was a star, taking home the Rookie of the Year award and being named an All-Star in his first season.

O’Neal made the All-Star team in fourteen of his first fifteen years in the league. In fact, the NBA changed the way they craft their teams just to combat his dominance on the court. From 2001 through 2007, when Shaq’s production dipped significantly, every #1 draft pick was a center. . . except for one player: LeBron James (the 2nd pick was seven-footer Darko Milicic).

Shaq played for six teams over his 19-year career and made 15 All-Star appearances. He won an MVP in 2000 and was selected to 14 All-NBA teams during his career. While Shaq exhibited a commanding presence during his career, many close to the sport mention how he could have actually been more dominant than he actually was. His free throw percentage hovered around 50%, and he was always playing himself into shape midseason.

Even with that evidence, it is still impossible to think of a better version of the Shaq we know. He was a 4-time NBA Champion with a larger-than-life personality on and off the court.

Let’s take a look at the seasons where Shaq’s dominance translated into NBA titles and the one season where a potential title may have gotten away.

In Shaq’s third season in the league, he had led his young and exciting Orlando Magic team, along with the help of Anfernee “Penny” Hardaway, Nick Anderson, and Dennis Scott, to the 1995 NBA Finals. Many believed the Magic were a little ahead of their timeline in making the Finals. Their two stars, Shaq and Penny, were only playing in their third and second seasons, respectively.

The Magic faced the Houston Rockets in the finals and were swept four games to nothing. However, they’d put the entire league on notice that they were a team to be reckoned with. At just 22 years of age, Shaq matched his counterpart, Hall of Famer and 32-year-old Hakeem Olajuwon. O’Neal averaged 28 points, 12.5 rebounds, and 6 assists to Olajuwon’s 32.7 points, 11.5 rebounds, and 5.5 assists.

As for the bright future of the Orlando Magic, it was never meant to be. Shaq played just one more year in Orlando before heading to the Lakers as a free agent. His time in LA was one of prosperity and success—but also of ego and turmoil.

The 1999-00 season is when Shaq’s Lakers put all the pieces together. Shaq won the MVP averaging 30 points and almost 14 rebounds per game. It wasn’t an easy run. However, Shaq and the Lakers ended up defeating the Indiana Pacers in the Finals 4-2 for Shaq’s first-ever title. O’Neal averaged 38 points during the Finals, on 61% shooting, and grabbed almost 17 rebounds per game!

If you have a half-hour, here is an extensive highlight reel of Shaq dominating the Pacers’ big men in the Finals.

The 2001 NBA Playoffs was a historic Laker run. They swept every Western Conference playoff series and came one loss in Game 1 of the NBA Finals short of going a perfect 16-0 on their way to a repeat title. Shaq was a beast again, averaging 33 points and hauling in almost 16 rebounds for the Finals. Game 2 of the series was especially astounding, with O’Neal tallying 28 points, 20 rebounds, 9 assists, and 8 blocks.

An interesting side note of this series is that it pitted the past two league MVPs against each other. Shaq won the award in 2000 with all but one first-place vote. That vote went to Sixers phenom Allen Iverson who picked up the MVP in 2001. This added an interesting wrinkle to the ’01 Finals. While the series didn’t live up to the hype on the court, Iverson did his best for the overmatched Sixers averaging 35 points in the Finals.

This season was more of the same for the Lakers heading into the playoffs. Other than a competitive Western Conference Finals against the Kings, the Lakers made it to the Finals behind stellar play from Shaq and Kobe. The Nets, led by Jason Kidd, were no match for the heavily favored Lakers and got swept. Shaq was stellar again, averaging 36 points and 12 rebounds over the Finals.

While the team was succeeding on the court, there was growing tension between Shaq and Kobe Bryant. Shaq, who had just won three rings, an MVP, and 3 Finals MVPs, had a good argument, but Kobe was on the rise, and he worked much harder than Shaq in the off-season. The next two seasons saw the Lakers underachieve, and Shaq was traded to the Miami Heat.

Shaq was entering a different stage of his career but was still putting up double-doubles every night. He also added extra motivation to his time in Miami, guaranteeing Heat fans a title while he was there, and he delivered. The Heat’s leader was Dwyane Wade, but Shaq still contributed on the court and in a veteran leadership capacity. He averaged 14 points and 13 rebounds in six Finals games on the way to his fourth and final title.

Shaq’s career was one of tremendous accomplishments, with a healthy dose of frustration about whether or not he reached his potential. Had he done some things better—shot free throws, entered each season in fighting shape, and shared the spotlight with Kobe—maybe he would have 6 or 7 rings instead of 4.

The fact that we are slightly disappointed in his final stats shows just how dominant he was in his prime. Shaq ended up with four rings tying him for 27th place on the all-time rings list. One more would have grouped him with other Lakers greats like Magic and Kobe. There is no doubt, however, that Shaq is one of a kind and that he won a whole lot more than he lost while on the court.

Do you think Shaq should have won more rings than four? Let us know in the comments section below!

Yes he should have done it should he have been more dedicated. He had a the talent in the world just did not have the drive to maximize his legacy. (Lazy) is the stigmata he that will stay with the greatness.

Still got to thank the big fella (Diesel) for being a part of the Lakers story.