What Mouthguard Does Steph Curry Wear? 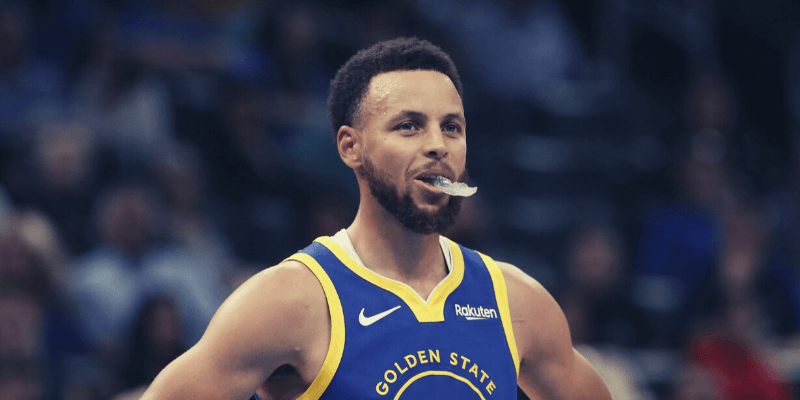 Steph Curry—he’s one of the most talented basketball players in the NBA today and one of the best shooters in pro basketball history. His picturesque jumper is unforgettable. But there’s another picture people have of Curry that has nothing to do with his abilities on the court. It’s the object he constantly chews whenever he plays: his mouthguard.

Seeing him chewing on his mouthguard like a tough piece of steak might raise questions for you. Why does he do it? How many does he go through in a week? Does he have his own mouthguard, or does he just use one the Warriors provide? We’ll try and answer all of that and more as we shed some light on what mouthguard Steph Curry wears.

Curry didn’t wear a mouthguard until his sophomore season at Davidson University. During a game against The Citadel, Curry went to trap Citadel’s John Brick (fitting name!) and caught an elbow to the mouth for his troubles. Seven stitches later, Curry started wearing a mouthguard and has never looked back.

His sophomore season at Davidson was also the year they made their improbable run to the Elite Eight of the NCAA Tournament. Curry became only the fourth college player to score 30-plus points in his first four career NCAA Tournament games. Davidson’s Cinderella run ended at the hands of the eventual National Champion Kansas Jayhawks. However, Curry’s foundation as a sharpshooter had been laid.

According to Curry, he goes through about 12 mouthguards per season, which averages out to a new mouthguard about every 7 games. It’s mind-boggling that Curry keeps his mouthguards as long as he does with the vigor that he chews on them (the makers of the oral guard must know a thing or two!). There must be something to it: the Wall Street Journal reported that Curry’s free throw percentage was better while chewing on his mouthguard.

So, who are the people behind the world’s most famous mouthguard?

Curry’s mouthpiece of choice is this MOGO M1, a flavored mouthguard. No wonder Curry chews them like a piece of gum! Curry seems to enjoy the flavor; it allegedly remains on the mouthguard for multiple uses. Under Armour also sells Curry’s own branded mouthguard, which he’s used during games as well.

Curry’s mouthguard has become so noticeable it was involved in an infamous situation Curry would rather forget. During Game 6 of the 2016 NBA Finals, a contest in which the Warriors were never competitive, Curry fouled out with four minutes to go. Angry at a call that went against him, Curry threw his mouthguard off the court. The mouthguard actually hit one of the Cavs owner’s sons. Yuck!

There are a lot of things going on in this video, but here are a couple that stood out to me:

If an article about a player’s mouthguard seems silly, then you haven’t seen the impact Curry has had on an entire younger generation of basketball fans. During the Warriors’ historic run between 2015 and 2018, when they won three NBA titles in four years, they were the most popular ticket in every other NBA town. In 2019, it came out that they were the most popular team in all of China.

This popularity falls heavily on Curry’s shoulders. Young fans wear Curry jerseys in hopes that one day they can play the game as well as him. He’s not very physically imposing on the court; kids can relate to his small frame. These kids not only want to play like Curry, but they also mimic his actions on the court, which includes his famous mouthguard chewing.

For an older generation of NBA fans, this looks eerily similar to the mimicking of another transcendent superstar: The GOAT, Michael Jordan. While Jordan didn’t wear a mouthguard, he utilized a signature tongue-wag that inspired young fans in the 90s to do the same thing when they played. Thinking that a player could inspire fans like Jordan is hard to believe, but Curry comes close. 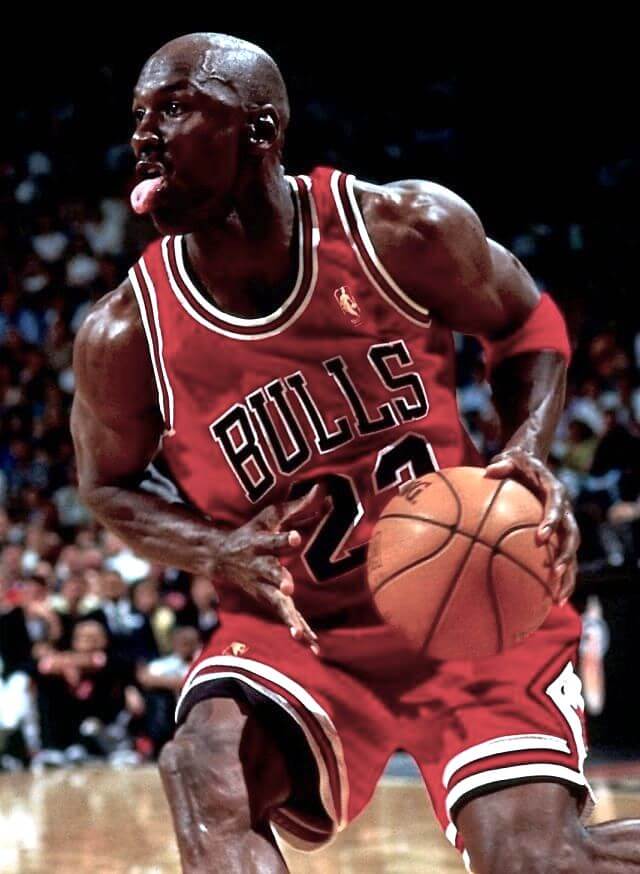 Jordan’s infamous tongue was always front and center when he drove to the hoop.

Steph Curry’s impact on the NBA and pop culture reaches so far that even his mouthguard is a topic of conversation. He’s become a player that the younger generation can look up to and imitate for years to come. He plays the game right and has fun while doing it. Curry’s mouthguard is only a fraction of the draw of his superstardom, but it’s something people notice.

MOGO surely is happy for Curry’s love of their mouthguard. Their products are high-quality, affordable pieces for any athlete involved in contact sports.

Have you noticed Curry chewing on his mouthguard before during games? Do you wear a mouthguard when you play sports? Let us know below in the comments!