How Tall is Stephen Curry? 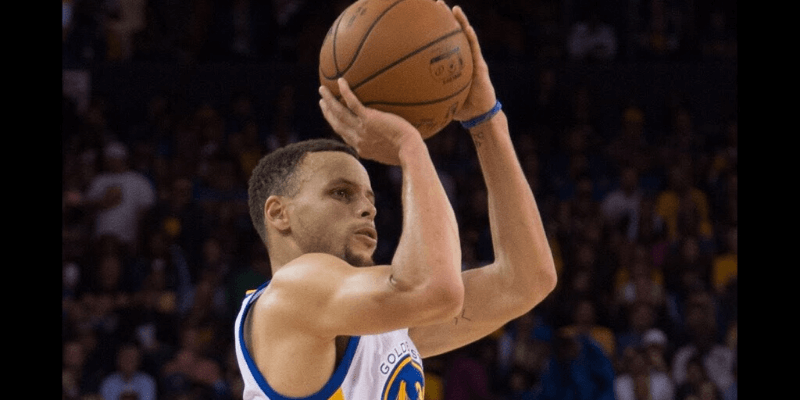 On any given night, Stephen Curry will most likely be the smallest guy on an NBA court. Although small in stature (to the average NBA giant), Steph is gargantuan in points. A player that we give the title of the Greatest Shooter of All Time (G.S.O.A.T).

Several years ago, the NBA has started an “investigation” into the actual heights of their players. Rumored to be linked to betting statistics, but that’s a story for another day.

Some players have been lightly accused of fudging an inch or two in their published height. I know I’ve been 5’ 11” on a couple of occasions, definitely at a bar on a Friday night. But not Steph Curry. Back to the question: how tall is he? The answer is:

Just like every player coming into the NBA draft, Steph participated in the NBA draft combine. Where they measure every draft prospect on a number of metrics, which include standing jump, wingspan, and of course – height.

The year was 2009, the Lakers had just won another Championship and Kobe looked to escape father time for another year. The draft class looked good, but with the talent so high in the NBA teams were looking to develop into the future.

Most teams already had their leading cast booked, and the idea of a Big 3 super-team was still yet to emerge in the NBA.

Back then, the game was much more fast-paced and had big athletic players cutting to the basket. Guards needed to be either physical or acrobatic down low. Shooters were only a get out of jail free card, the coach would just have them stand in the corner.

So the primary scorer could “dump” the ball off to the shooter in the corner during a broken play.

Stephen Curry’s ability as a scorer was clear, being the main man for Davidson for 3 years, averaging +20.0 points per game his NCAA career. But he just didn’t seem to fit in the NBA, look at what some scouts said on Curry’s draft card:

“Far below NBA standard in regard to explosiveness and athleticism … At 6-2, he’s extremely small for the NBA shooting guard position, and it will likely keep him from being much of a defender at the next level.” – Stevan Petrovic

Steph would be picked 7th overall pick in the draft. Being selected by the Golden State Warriors, who was notably without Steve Kerr. Four other guards would be picked before Stephen Curry.

Sorry Timberwolves fans, it feels bad to strike out once in the 1st round, but twice … not great. Anyway, here is a video on the player that went 6th in the Draft and you’ve probably never heard of.

In 2019, the NBA started an initiative to find out the actually measured heights of all NBA players. Instructing teams to measure all active players on their rosters during the NBA pre-season and release the recorded heights before the beginning of the NBA season.

This was brought along due to some people suggesting players may be lying about their actual heights, or as in the case of Kevin Durant, it is possible to have a player experience a growth spurt in their first two years.

Looking like Steph didn’t change much as he’s still the same height as his draft combine measurements his rookie year. The baby faced assassin made a comment on the new measurements when questioned by a reporter from The Athletic:

Steph Curry on the NBA’s new height listings: “Without shoes, I’m officially 6-2 and 3-quarters. But I don’t play basketball without shoes.”

We’ll give the Warriors guard the extra quarter inch.

Don’t forget, he’s the “Baby Faced Assassin” for the same reason. What most people don’t realize is that he’s actually the oldest player on the Warrior’s roster (source: SF Chronicle).

No matter where the 2x NBA MVP and 3x NBA champion physically stands, it’s hard to knock someone down when they’re standing on so much hardware.

With confidence, we can declare Steph Curry stands just a little more than 6 feet 2 inches without shoes, and 6 feet 3 inches something with his shoes on. While most players won’t be able to grow any more inches to their height, at least Steph can continue to grow his trophy case.

When the Warriors report to the NBA on the official heights, we will update this article. As of now the NBA still has Steph listed at 6’ 3” on the NBA website. We are expecting this to be adjusted in the future.

What do you think about Steph and Coach Kerr opening the NBA to more of a shooter’s game? Taking away less stock from the cut and crash downhill game of the 90s and early 2000s.

What kind of guard do you prefer on your team, pure shooting, ball-handler, or an acrobatic finisher? Personally, my favorite kind of guard is a John Wall or Derrick Rose type, physical with great finishing skills.

Did you know that Stephen Curry wrote Philippians 4:13 on his shoes?