What is Steph Curry’s Real Name? 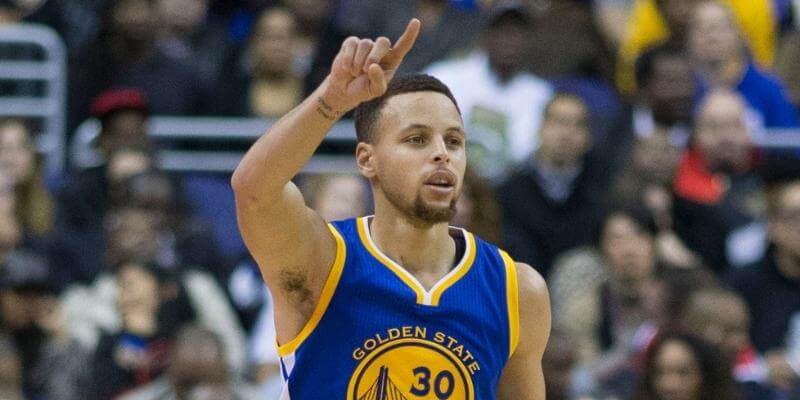 NBA superstars are some of the best-known athletes on Earth. Though role or bench players aren’t always easily recognized, most people know players that transcend the game. However, as much as they might know who someone is, they might not always know their real name.

Here, I will look at Stephen Curry’s birth name, as well as the birth name of several other high-profile NBA players. That will reveal information about nicknames around the league, and give insight into why some people choose to go by another title.

Though it might not be obvious, there are more than a few players in the NBA who go by some type of nickname. There are several misnomers out there, and some are much more subtle than others. While a few are obvious, many players have become their nickname.

Curry is one such example. He’s gone by Stephen or Steph his entire career. However, his birth name is actually Wardell Stephen Curry II. He gets that name from his dad, who is Wardell senior.

Like Steph, his dad chose to go by Dell rather than Wardell. That’s a variation of his real name. The reason Curry chose to go with something different is that he wanted his own identity. As such, he uses his middle name rather than his first.

There are quite a few players who, like Curry, choose to go by their middle name rather than their first. Ray Allen’s real name is Walter, DeAndre Jordan’s first name is Hyland, Jamal Crawford’s name is Aaron, while Jae Crowder was born Corey and Khris Middleton, James.

That list shows there are players at every level who switched to their middle name. Everyone has a different reason. They might want to separate from a family member like Steph, or they might simply prefer the way it sounds.

Of course, not every misnomer comes from a player’s birth name. There are plenty of examples of players who use different names for their own personal reasons that are far off from what their parents gave them.

That includes Edrice “Bam” Adebayo, Christian “CJ” McCollum, Anthony “PJ” Tucker, and Temetrius “Ja” Morant. Such names all come from different places, but, unlike Curry, they don’t have a basis in their real name.

There has also been a wide range of players who go by nicknames that come from their play or legacy within the league. The two most famous people to ever adopt that trend were Earvin “Magic” Johnson, as well as Julius “Dr J.” Erving. There are plenty of modern examples too.

Such specialized nicknames are typically reserved for superstar or big time players. Anyone can go by a variation of their name, but a player has to show out on the court if you want to earn a nickname that’s truly different from their real name.

Stephen Curry is one of the best-known names in the sports world. Despite that, very few people know his birth name. That’s something that happens quite a bit, especially for players who have family members or relatives with similar names as them.

There are many players across the NBA who don’t go by their real name. Curry is unique because his nickname has become his persona. He chose to break from his dad and go his own way. It’s certainly paid off.