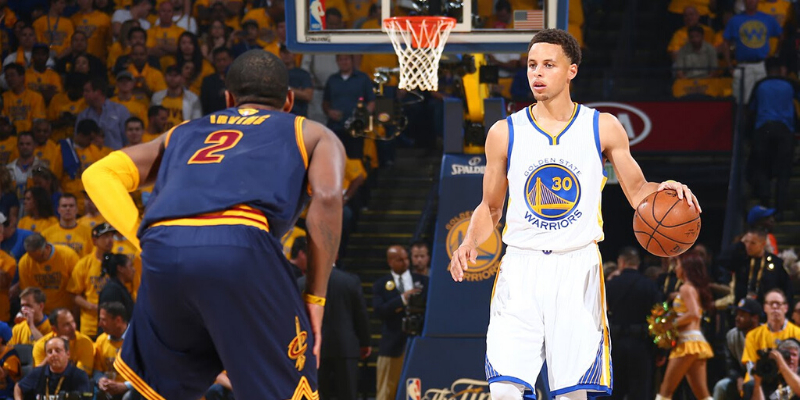 In the 2015-2016 NBA championships finals, Curry played against Kyrie Irving, and Irving managed to outplay Steph Curry by taking some powerful shots that boosted his team’s points. After that, many basketball communities and fans started to compare the two players more often. Irving was given too much attention and his fans started believing that he plays better in high-pressure situations.

However, one game is not substantial enough to determine who’s the better player between the two. You have to take a look at the statistics, the gameplay of the players, and their achievements. Well, in this article we are going to take a closer look at these two players.

Born in 1988, Stephen Curry is an NBA player who got drafted to the Golden State Warriors in 2009. He is popular for his shooting skills, which have brought about major changes in the NBA. Steph Curry holds a unique record for being the player with the highest number of 3-pointer shots in a regular NBA season — 14. Actually, Curry’s basketball success dates back to 2007 when he was in college. He broke a record and was the freshman with the highest number of three-pointer shots.

Born in 1992, Kyrie Irving is an NBA player who is currently signed with the Brooklyn Nets. He joined the NBA in 2011 after being drafted to Cavaliers. In the 2015-2016 NBA finals against Golden State Warriors, Irving made a victory shot that made the Cavaliers win the NBA championship. The two teams played against each other in the 2017 NBA finals, and Cavaliers lost to Golden State Warriors. After that season, Kyrie Irving was signed with the Celtics, and he only played for that team for two seasons.

Even though Curry and Irving are point guards, their gameplay is very different. Steph Curry mainly focuses on taking shots. Apart from that, Curry also gets a huge number of rebounds, his defense is tight due to the high number of successful steals he manages to pull off. Steph Curry is also good at screening and he positions himself strategically at the 3-pointer line.

If you take a look at Kyrie Irving’s gameplay, you’ll notice that he is a good shooter, but not as good as Steph Curry. However, his ball-handling skills are better than Curry’s. Kyrie Irving’s offensive gameplay is built around dribbling and finishing at the rim through layups. When Kyrie Irving was playing for the Cavaliers, he got a lot of support from Lebron James and that put him on the limelight.

Comparatively, Steph Curry has led the Golden State Warriors to the NBA championships finals many times. He acts as a leader. He coordinates with his teammates and the number of assists made by Steph Curry is quite high. Well, the only thing that can help in determining who’s the better player between the two is their gameplay statistics.

Steph Curry has played 11 NBA seasons, 7 playoffs, 6 NBA All-star games, and 3 NBA championships finals. He has also been featured in the All-NBA first team three times and has been crowned the season’s MVP two times. Curry led the Golden State Warriors to their first championship since 2007.

In Steph Curry’s best season, 2015-2016, he managed to score 30.1 points per game. Actually, it only took him 35 minutes per game to score those points, making him the first player in the NBA to achieve that. He set a three-pointer record by scoring 402 shots in a single season. Steph curry had also an average of 6.8 assists, 1.8 steals, and 4.4 rebounds.

Kyrie Irving has played a total of 9 NBA seasons, 4 playoffs, 6 All-star games, and 2 NBA championships finals. Unlike Steph Curry, Irving has never been selected to the All-NBA first team, however, he has been selected to the All-NBA third team. In his early NBA years, Irving was recognized as the rookie of the year. He was the first Celtic to have an average of 23 points since 1989.

The statistics can clearly show you, who’s better between the two players. Curry has better shooting skills because his shooting percentage is higher than Kyrie Irving’s. Steph curry has also been recognized as the season’s MVP twice, whereas Irving hasn’t been recognized as an MVP yet. Even though Irving managed to outshine Curry in one of the NBA championships finals, Curry has better records and stats than Irving.

So, Stephen Curry vs. Kyrie Irving, who’s better? If you have any other thoughts about this topic let us know in the comment section below.