Will Stephen Curry Be In The Hall of Fame? 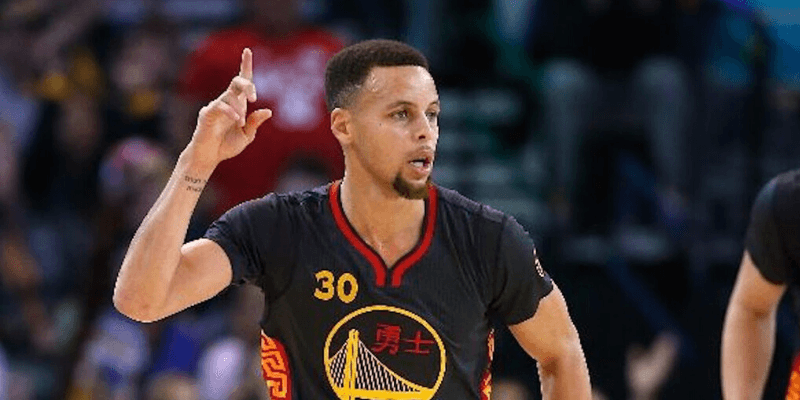 Stephen Curry is one of the most talented basketball players in the world. He is a superstar in the prime of his career and hasn’t shown signs of slowing down any time soon.

What separates Curry from the rest of the league, even though everyone has taken notice and are trying desperately to catch up with him, is his innovation and creativity on the court.

Golden State Warriors games are appointment viewing in large part because you never know what Steph is going to do. He may explode for 50 points and 10 three pointers (he has done it 4 times) any night the Warriors play because of how crafty he is off the dribble combined with his “best ever” shooting ability.

There is no denying Steph Curry’s greatness in his first ten NBA seasons. Some wonder, however, if it is enough to list him among some of the greatest players in the history of the league.

In other words, will Stephen Curry be in the Hall of Fame?

Let’s look a little deeper into his stats and try and come up with some arguments for and against his Hall of Fame resume.

The most glaring argument for his Hall of Fame bid is the sheer volume at which he hits three pointers. He is third ever in most three-pointers made in NBA history behind only Reggie Miller and Ray Allen. In fact, let’s take a deeper look at those three side-by-side:

These numbers alongside each other are ridiculous. Curry is in third place already even though he has played virtually half the time as Miller and Allen. Curry is only 488 threes away from tying Ray Allen, and at the pace in which Curry hits threes – he averages 248 per season – he could surpass Allen in the next 2 seasons. Unbelievable.

The all-time record could be broken in even less than 2 seasons as Curry holds two of the top three spots for most three pointers in a season also. In 2015-16 Curry hit 402 threes and last year he made 354 threes. If he continues these numbers, he will ensure his place in NBA history as the best shooter ever by a very wide margin.

Curry is a multiple-time Most Valuable Player winner, taking home the league’s most prestigious prize in 2015 and 2016, an honor he shares with only 12 other players in NBA history. This statistic alone is the biggest case for his Hall of Fame candidacy as ten of the twelve others have been inducted.

The two that haven’t? Tim Duncan, who is eligible for the honor in 2020 and a lock to make it, and LeBron James who is still playing high-level basketball in the league and is also a lock once he decides to hang up his sneaks.

Among those greats that he holds the honor of multiple MVP’s Curry has even separated himself as the first, and only, unanimous MVP winner when he received 100 percent of the votes in 2016.

Another nod in Curry’s favor is that he is a three-time champion and one of the most successful superstars in NBA history. His Golden State Warriors team also holds the regular season record for wins at 73 from the 2015-16 season.

While team accomplishments don’t move the needle as much as individual accolades when it comes to a Hall of Fame career, the fact that Stephen Curry is, in large part, responsible for all of these successes helps the case when you are looking at the big picture. He won the MVP award the year his team broke the regular season record for wins. He also averaged 27 points per game in the three years his team won the NBA championship.

Curry is essentially one of the, if not the, biggest reasons the Warriors are considered a modern day dynasty, which is an aspect of his career that will never be forgotten.

There aren’t many negatives to Curry’s resume. He may be a Hall of Fame lock if he stopped playing today. But let’s look at a couple of potential reasons the voters could point at as an argument against his Hall of Fame bid.

Many people forget that when Curry entered the league, he was labeled as a bit overrated. Curry is the son of former NBA shooting great, Dell Curry, and he had a storybook NCAA Tournament run with his Cinderella Davidson Wildcats, and many thought those two facts weren’t enough to project him as an NBA superstar.

His size and strength were criticized as well and his doubters were proved right as Curry suffered from injuries at the beginning of his career. He only played 26 games in his third season with an ankle injury so bad that many thought he may always be plagued with bad feet, particularly his right ankle. Curry has battled back, playing in at least 78 games in five of the last seven seasons, but some point to his injury history as a potential to derailing his Hall of Fame bid.

I know, I am grasping at straws a bit now, and this lack of reasons for Curry’s argument against the Hall of Fame shows how almost automatic his Hall of Fame bid is when he is eligible. But the media loves to nitpick, so that’s what I will do here to paint the most complete picture for this argument.

In 2014-15, the Warriors beat the Cleveland Cavaliers for their first NBA championship since 1975 and many thought Curry would win the Finals MVP trophy. Curry started the series slow, but ended up averaging 26 points per game. The narrative, however, was written by the media that the main reason for Golden State’s victory was Andre Igoudala’s defense played on LeBron James. Igoudala went from sixth man to starter and averaged a surprising 16 points per game while locking down the league’s best player for most of the series.

In 2016 the Warriors picked up one of the best scorers ever to play the game in Kevin Durant. Curry was never upset that he had to share the spotlight. The next two seasons saw the Warriors win back-to-back championships and Durant taking the Finals MVP trophy in both years. Curry played the good teammate both years but missed out on essentially the last award that has avoided him in his career.

I do not think any rational fan or media member can make the argument against Curry getting into the Hall of Fame, but if they try chances are they point to his injuries and potential case that he wasn’t the best player on any of his championship teams. This argument is silly in my eyes and his pros severely outweigh his cons. One day Stephen Curry will be making his Hall of Fame speech in Springfield, MA and the voters will have done the right thing.

Is Steph Curry a Hall of Famer in your eyes? If so, what is your favorite Curry performance of all time? Share it with us in the comments!