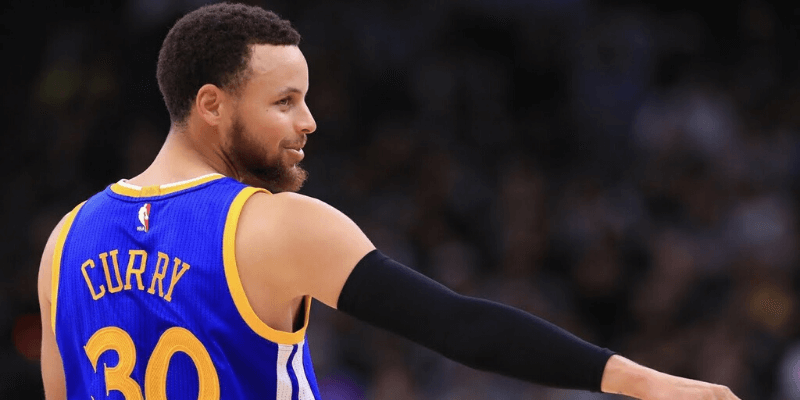 While the Warriors 3 NBA championships are priceless to the legacy of the franchise. Their franchise (baby) face Steph Curry may just be worth a little more than priceless. Shooting off the top of the world, Curry has brought in endorsements and investments throughout his career.

The most notable partnership is his with Under Armour when the company offered him equity in 2015. Steph Curry’s net worth is one of the highest in the league, and according to Forbes, Steph Curry is the top 10 highest-earning athlete of all time.

After scouring the internet for information on Steph Curry’s assets, we came to a rough estimate of his net worth. With an assumed income over the last 11 years, we can work around Steph’s estimated value in 2020.

We can assume that Steph Curry has had at least $183,839,966 at his disposal. Out of everything he has earned coming into the league in 2009, now 11 years later he is easily a hundred-millionaire.

With most information not part of public record, we had to assume the expenses of Curry and his family. We know Steph has at least $31 million in assets, earned over +$30 million over the last two NBA season, and earned another $30 million in 2018 from his endorsements.

This is not taking into account the equity Steph owns in Under Armour, nor his endorsements from 2019, or anything predating 2018. While $100 million is not exact. It is a figure we are comfortable in publishing.

The Forbes celebrity net worth listing is a very interesting way to compare the wealth of one celebrity to another. However, their research does not seem to be completely accurate. As they still his old home in Walnut Creek, California and seem to only take into account 1 year of his NBA salary.

Regardless, seeing where Steph ranks among the world’s elite paints a good picture where does one of the top earners of the NBA finds himself in the world economy.

The calculation on Forbes seems to be a little less than what we’ve come up with.

What is the Value of Stephen Curry’s Home?

Stephen Curry’s most recent home purchase cost him $31,000,000. Curry’s mansion can be found in Atherton, California.

Stephen Curry bought a new home in 2019, when the Golden State Warriors moved to San Francisco. It has been reported that he paid a cool $31 million to purchase the three-story mansion. Steph previously owned a home in Alamo, California which he sold prior to the purchase of the new mansion.

Unsurprisingly, the NBA superstar decided to situate himself in the most expensive town in the United States. Steph’s 31 million dollar purchase topped the national charts as the most expensive home purchase of 2019. All of which came off Steph’s Western Conference championship and the 2nd year of Curry’s 5-year $201 million contract with the Warriors.

Before Steph purchased his 31 million dollar california mansion in 2019, he sold off a couple of older properties which his family lived in during the dawn of his NBA career. As a Golden State Warrior in California, Steph previously lived in Walnut Creek and Alamo. The Walnut Creek property sold for $2.94 million in 2017, and the Alamo home for $6.3 million in 2019.

Previous to the purchase of their Atherton home, Steph sold off his North Carolina home in 2019 for $1.208 million.

What is the Value of Stephen Curry’s Car Collection?

The cars listed above are just the luxury cars that Steph has been known to drive around, or has taken pictures with his social media. There is a chance with his multiple kids and wife he may own more family style cars. This kind of information is not readily available, we can assume an estimated value of Steph’s car collection by looking at his luxury vehicles. Since these cars represent the lion’s share of collections value.

What Has Stephen Curry Invested In?

With all the money coming in for Steph, the Warriors guard did the smart thing and set up his very own company, which handles the star’s investments and portfolio. Properly named, SC30 Inc. The company was established in 2018, and we can only assume how lucrative it has been.

With Frisco just a jump, hop, and a skip from Silicon Valley, it’s no surprise that the NBA superstar has gone into investing in the tech capital of the world.

How Much Money has Stephen Curry Earned in the NBA?

It’s pretty easy to track where Curry’s NBA money came from since he has been with the same team since his rookie year. Steph’s loyalty and champions literally paid off in 2017, when he signed a 5-year contract extension and become the highest-paid player in the NBA with a contract that guaranteed him $201 million.

How Much Money has Stephen Curry Earned from Under Armour?

Since signing in 2013, it is estimated that Curry has made about $28 million by 2020, under a contract that guarantees the superstar guard just under $4 million a year. The exact numbers of how much Curry is making from royalty sales of his shoes are not disclosed. So we’ve decided to round the yearly earnings to $4 million.

How Much Money Has Stephen Curry Earned from Other Endorsements?

$27 Million Earned in 2018, from endorsements not including Under Armour.

Besides Under Armour, Stephen Curry is a brand endorser of JP Morgan Chase, Vivo, Nissan Motors, Degree, and Brita. There are bound to be more endorsements around the world we haven’t heard of. Even without getting the full picture, it has been reported that Steph has earned around $27 million from endorsements not known as Under Armour in 2018 alone.

Since Curry made at least $30 million from his NBA salary, not to mention his multiple endorsement deals and equity in Under Armour. He can be easily worth over $100,000,000 by now.

Do you think Steph deserves this hundred-million evaluation? What do you think about Curry’s investment company? Do you think more NBA athletes need to establish a company to handle their portfolios, or is Steph a special case? Let us know below!