How Much Does Stephen Curry Make Per Game? 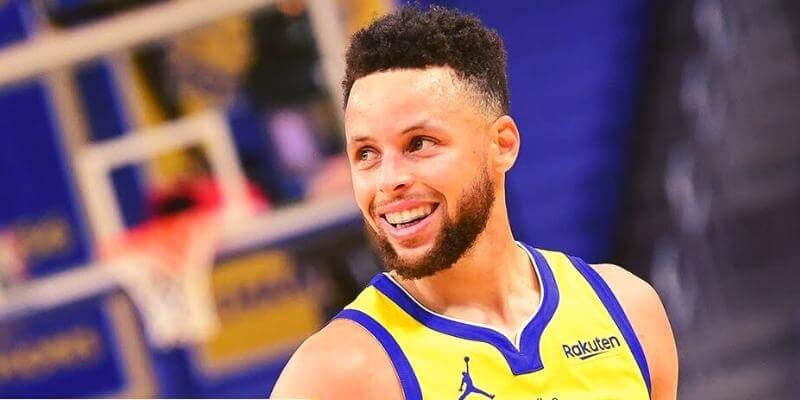 Making the NBA is a lot of hard work, but the reward is absolutely worth the effort. All players in the league make a ton of money when compared to normal people. That’s especially true for superstars like Stephen Curry.

So how much does Stephen Curry make per game? The answer is roughly $520,000.

This guide will analyze the superstar’s contracts, and then break them down on both a yearly and a per-game basis. That analysis will show, not just how Curry has acquired his wealth throughout his NBA career, but how much players can earn at the top of the league.

To first break down how much Curry makes per game, it’s important to look at his wealth as a whole. He’s one of the most well-known athletes on Earth, and he has the salary to match. In fact, he’s one of the highest-paid players in the game today.

Curry sets himself apart from his peers through both his shooting ability and net worth. He’s one of the few NBA athletes to have a total wealth of over $100 million ($160 million), and a lot of that comes from the fact that he’s been a max contract player for so long.

The Early (and Current) Contracts

Despite his long-term success, Curry took some time to get going. He was a lottery pick, but one with a lot of unanswered questions. As such, the Warriors didn’t give him a ton of money upfront. They signed him to a deal with incentives that could reach as high as $44 million.

Once it became apparent just how good he was and what he meant for the franchise, they paid him out with multiple supermax extensions. In 2017 he became one of the richest pro athletes in sports history when he signed a staggering five-year deal worth over $200 million.

That money carried him through a lot of his career, and it’s still paying out. The 2021-2022 season is the final year of that contract, but it’s likely another supermax extension is on the way.

Once you know what Curry makes on his current deal, it’s simple to calculate his salary on a per-game basis. As the 2021-2022 season is the end of his current contract, he’s making a staggering $45,780,966 for the entire year.

Not including playoff games or various incentives, the sharpshooting guard made roughly $520,000 a game for the entire 82-game season. That’s an insane amount, and it shows just how much big players are set to earn in the NBA.

It’s also important to note that Curry has various external contracts with brands such as Panini America, Rakuten, CarMax, Google, Under Armour, and more. All of those will pay out too, netting him even more throughout the season.

Taking all of that into account, it’s easy to see how his net worth grew to where it is today. He’s not just earning a lot of money per year, he’s netting an incredible amount each and every time he sets foot on the court.

NBA players all make a lot of money, especially franchise superstars. Curry is a perfect example of that. In fact, he earns more during a single game than most Americans make over the course of an entire decade. That’s a huge amount that’s almost unmatched across the league.

While Curry isn’t the highest-paid player anymore, that will likely change with his next extension on the horizon. NBA contracts are only going up with time. It stands to reason someone as great as Curry will be a product of that raise too.