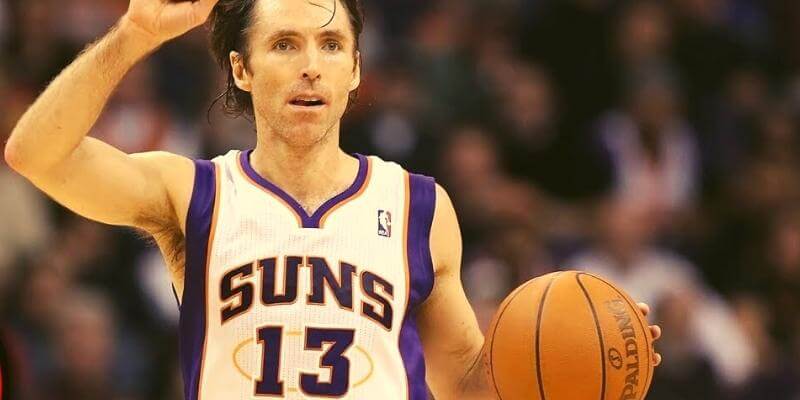 Professional sports tend to be about athleticism. The bigger, faster, stronger, quicker, and tougher an athlete is, the better equipped they tend to be at succeeding at the highest level. However, that’s far from the golden rule. Smaller players have found success too.

There are many great point guards in NBA history, but Steve Nash was one of the most exciting. The following article covers his exploits, analyzes what made him special, and looks at how someone who’s undersized took the entire NBA by storm.

Steve Nash was one of the best point guards in NBA history. By all accounts, he was also quite small. The guard didn’t have a lot in the way of weight, and his frame wasn’t super built out. Still, he wasn’t terribly short by point guard standards.

The Suns guard is 6’3. That’s short compared to all NBA players, but it’s a solid size for his position. While that would put him right at the average in the current league, he was actually taller than most points in his time. He wasn’t huge, but he wasn’t undersized either.

His height gave him a few key advantages, especially when it came to driving. He was a guard who liked to get into the key before making clutch passes or tough layups. Having a few extra inches enabled him to do that with ease.

Though Nash’s height is a bit higher than most people assume, especially given that he couldn’t dunk, his wingspan was nothing special. His arms measured a total of 6’5 across. That’s not terrible, but it’s much shorter in both discrepancy and total length compared to other players.

Most NBA players, regardless of position, have long arms. Their arms also tend to be much longer than their height. In Nash’s case, he had neither. His arms weren’t that long, and they measured only two inches longer than his body.

Most players don’t have those limitations, and the ones that do certainly don’t thrive in the way that Nash did. However, what made him special is that he was definitely more than a sum of his parts. He played the game differently, and it paid off in a big way.

Nash had a good amount of height out on the top of the key, but his arms didn’t give him a ton of room to work with in terms of rebounding, dribbling, or defense. Despite that, he thrived due to his ability to run an offense much more effectively than everyone else.

Today’s NBA has a large focus on three shooting, which in turn creates a focus on point guards. That was not necessarily true for Nash’s time. Guards have always been useful, but they didn’t need to score possession after possession in order to be useful.

Rather than try to get through larger players or work around big men down in the key, Nash just played like a true guard. He worked the perimeter, looked for openings, cut when he needed to, and always found a way to make the right pass.

His passing is what truly made him stand out, and it’s why he’s still revered to this day. It’s also how he managed to win multiple MVPs despite his smaller stature.

Steve Nash didn’t have a lot of size or power, but still he thrived. As with so many other greats, his success came from adaptation more than anything else. Rather than playing to the strength of his opponent’s, he stuck to his guns and played his own game.

That gave him multiple accolades and cemented him as one of the best of all time.