5 Tallest NBA Players of All Time 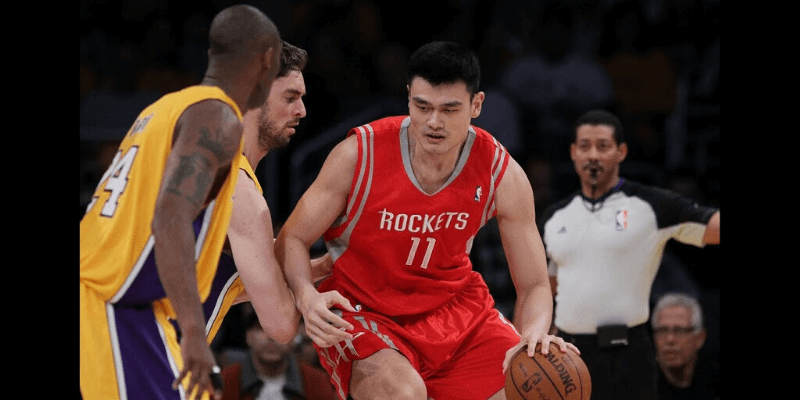 Does the name Dr. James Naismith ring a bell to you? If it doesn’t, you aren’t likely a basketball Stan. Though many have forgotten him, Dr. James invented the sport we all love back in 1891.

The game has amassed a lot of attention since that time, along with many fans and players from all parts of the world. Though shorter players can make it far in basketball, height tends to give you an advantage.

However, just because you’re tall doesn’t mean you’ll be good.

This article will look at some of the tallest players in NBA history and analyze their stats to show that height is nothing without the skills to back it up.

With 2086 blocks and 1599 points, Manute Bol was the tallest player to ever run on hardwood. The Sudanese-born player spent 10 years in the league, and was known for his excellent great defensive play, according to Sportscasting. Manute, whose name also means “special blessing” in his native language, first made an appearance in the NBA back during the 1985. He played over 600 games throughout his career and went on to be one of the best shot blockers of all time. Though he passed in 2010, you can still watch some of his games here.

Born in Shanghai, China, Yao Ming gained worldwide fame thanks to his enormous frame. His height was an incredible asset on the court, and it also made basketball incredibly popular throughout China. He was an eight time all-star and five time All-NBA member, according to thedreamshake.

Yao is also well-known for his charity work. He is part of the Houston Independent School District which puts in hard work to repair damaged schools in the area. Injuries led to his retirement in early 2011, but he still made it into the Naismith Memorial Basketball Hall of Fame in 2016.

Shawn Bradley, whose American Parents are from former West Germany, began his 12-year career in 1993. Four years later in 1997, his exceptional size helped him lead the league in blocks. Athlon Sports refers to him as the “Enormous Mormon” and they further state that he “is the fifth player in history to score 20 points, a snag 20 rebounds and block 10 shots in a single game.”

Gheorghe Muresan was an active rival of Manute Bol. Though both players are listed at the same height, some sources find that Muresan is a quarter-inch taller than Bol. While Muresan started his career with a bang, he could never stay healthy long enough to string good seasons together. Even so, he did win the NBA Most Improved Player award in 1996.

Muresan’s interests extended far beyond basketball. He attempted to act (as shown in the comedy My Giant) and now spends a lot of his time doing charity work.

Sim Bhullar was known for his height, but he was also the first Indian in the NBA. He played college basketball before joining the Kings for one year. Though he was tall, he did not have the same skills as the other big men on this list. As such, he quickly moved out of the league and now plays for the Dacin Tigers in Taiwan.

While he was never incredibly successful in America, Sim hopes his achievements will encourage kids around the world to consider basketball as a serious sport.

A Foot Above the Rest

Many people know basketball, but few can name the tallest players of all time. The above five on this list stood above their competition and made history in the process. If you want to know more about the featured athletes, check out our other blog articles: