How Many Players Are In The NBA? 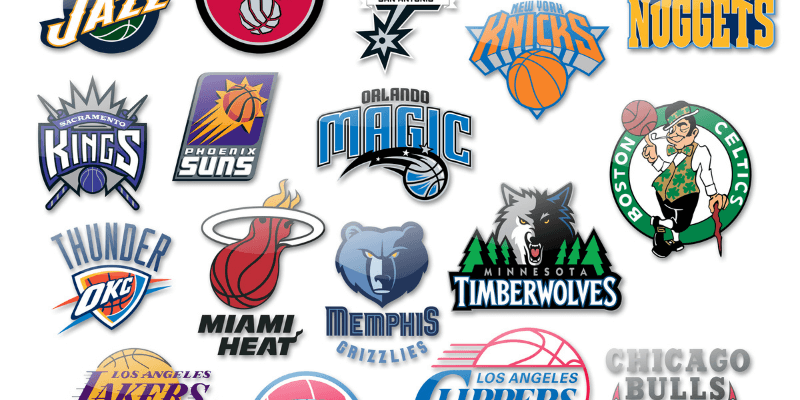 Do you ever wonder how many NBA players there are in the league at a given time?

Thirty teams consisting of around 15 players per team come to 450 players. Ideally, if you play in the league, you stay with one team for the entire season. There are, however, several different scenarios that can occur during that time: 10-day contracts, players getting waived mid-season, two-way contracts being signed, etc.

This article will shed light on just how many players there are in a given NBA season. We’ll also look at the total player count and unearth some pretty cool findings on the topic. Enjoy!

During the 2019-20 season, the league’s last full season, five hundred and twenty-nine players suited up for at least one game in the NBA. League teams are allowed to carry 15 roster players during the regular season. As we stated earlier, that number comes out to 450. So, how is the total number of players off by almost seventy?

The current 2020-21 season doesn’t end until later this summer—but the total number of players this season increased by nine players. The past two NBA seasons have been unlike any other because of COVID and the global pandemic, which is one reason for the jump in roster spots.

As I think about total players each season, I am curious how many players in total have played an NBA game. Let’s dive into that right now.

Sure, the Hall of Fame is the highest achievement in your basketball career. To me, though, a close second would be the 20-season club—and that club is pretty exclusive:

This list makes up 0.0018% percent of all of the players who ever played in the league; it’s the epitome of rarified air.

That group may have some company in a couple of years if the following players continue for a few more years:

Let’s say that all of the above players make it to the 20-season club. That would still only make up 0.003% of the history of the league. Amazing.

Around 1-in-10 players have ever won an NBA title, making the title club another exclusive group. Now, winning an NBA title doesn’t necessarily mean that you had an accomplished career. It is an unmatched experience, however, that no one can take away from you—whether you won Finals MVP or never saw the court during the Playoffs.

When Vince Carter left fans speechless after his gravity-defying 2000 Slam Dunk Contest, you never would have believed that he would be in the league for another two decades. Carter’s career included many phases—the high flyer, the star, the diva, the role player, the veteran shooter. Many young fans never knew him at his peak.

Carter’s career spanned so many different generations of talent, dynasties, and storylines:

Here is a crazy stat for you: during his 22-season career, Vince Carter played with or against 1,672 total NBA players. With 4,509 total players ever playing in the NBA at the time of Carter’s retirement, that means Carter has played against 37% of the players in league history. Wow.

I grew up watching Vince Carter. He played for UNC when I was a teenage hoops fanatic and entered the NBA the year before I went to college.

The number of players in the league can vary substantially, depending on the year. Just think how rare the feat of playing NBA basketball is for aspiring hoopers. There are 7.6 billion people on earth—and only around 500 play in the NBA. The odds truly are stacked against the league’s next generation, making the players in the league’s skill that much more impressive.