What is Trae Young’s Real Height? 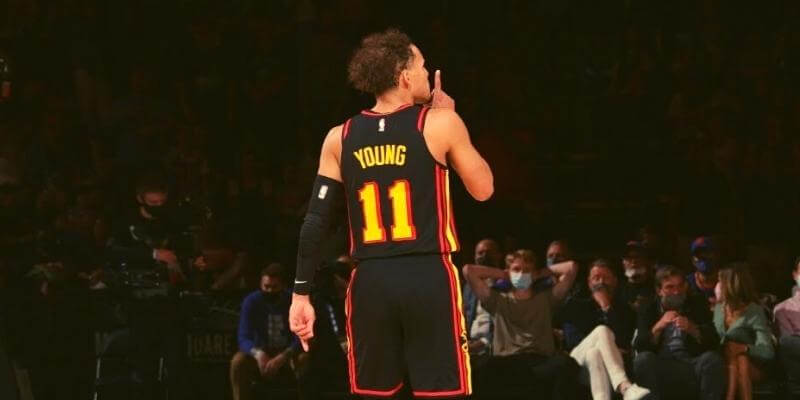 Everyone who follows or knows about basketball understands the importance of height. Being closer to the rim or being able tower over the competition is a huge advantage in a game played to a ten foot basket. Even so, there are some extremely successful short NBA players.

Trae Young is one such example. He doesn’t have a large frame, but he happens to be one of the best point guards in the league. This guide will break down how that came to be, why he’s been able to thrive, and the reason that height isn’t as big of a deal as it used to be.

Standing at 6’1, Young is one of the shortest players in the NBA. He’s a bit taller than a few point guards, but he’s two inches below the average of 6’3. That’s not terribly below the standard mean, but it’s significant enough where most opponents stand above him.

Being that much shorter than similar players can be a huge disadvantage if you don’t have the skills to make up for it. Luckily for Young, he does a great job at overcoming the difference. Not only is he quick, but he benefits greatly from recent shifts across the league.

To understand how Young’s been able to thrive despite being so much smaller than many similar players, it’s important to look at recent NBA trends. More specifically, it’s critical to break down how much the NBA now cares about threes.

In the past, the NBA only cared about points. It didn’t matter if an offense dunked, shot from the outside, went inside, or rebounded well, as long as they put up points they were doing well. That’s no longer true. Now, all good offenses care about three pointers.

Most modern NBA teams run spread court systems that put a high emphasis on outside shooting. That’s incredibly useful for players like Trae Young because it gives them the ability to show off their talents despite being undersized. In fact, it’s allowed him to thrive.

More Than a Shooter

It’s also important to note that Young is far from a one-dimension player. He’s a great deep threat, but shooting three after three only gets you so far. He also has a crazy good mind for the game, which allows him to effectively run an offense.

A high basketball IQ is something all smaller NBA players have in common. They need to be able to make the right play at the right time, as that allows them to play the point in a way that has little to do with their athleticism. It doesn’t matter how tall a player is when they’re hitting the open man.

In that way, Young is a much more focused athlete than others around the NBA. Teams are shifting more and more towards versatile guards or shifty big men, but he’s a pure point guard through and through.

Rather than relying on size or power, he’s all about quickness and finesse. He can finish at the rim when needed, bothers players on defense, and isn’t afraid to pull up from deep. That combination is invaluable in modern basketball, and only gets more important with time.

For better or for worse, the NBA is now a three-focused league. That’s helped a lot of shorter players thrive in the system, including Trae Young. He’s not the biggest or toughest player, but he can shoot lights out when needed. In modern basketball, that’s more than enough.