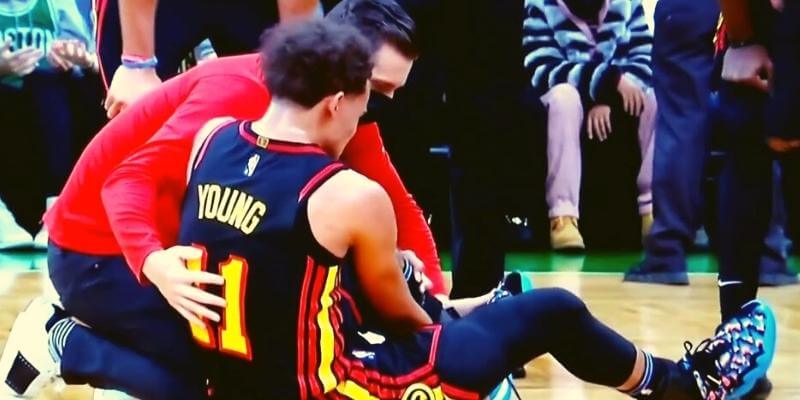 Getting hurt is something all athletes have to deal with. That goes double for ones in the pros. While science has only improved with time, there are still plenty of players who suffer from various injuries. That’s why so many athletes sit out during the regular season.

To expand on that, this guide will look at Trae Young’s injury history. That will help show how he’s done at mitigating issues, and why prevention is just as important as care.

Young has been in the NBA for four short seasons. In that time, he’s thrived. He’s one of the best deep threats in the league, runs a great offense, and has allowed the Hawks to rise up the ranks in the Eastern Conference. When he’s on the court, Atlanta always has a chance to win.

Losing Young for a few games in the regular season isn’t a big deal, but him going down at the wrong time could potentially lead to an entirely lost year.

That’s why so many organizations now work to protect their stars. While most players won’t sit out if they’re feeling fine, every issue (big or small) is taken seriously. In the past, where an athlete may have just run with a bad foot or knee, that’s no longer the case.

Young has not been in the league very long, so it’s hard to know if he’s particularly injury prone. Still, his early seasons show he can go out and play night after night without any problems. He doesn’t start in all games, but he’s always ready for the big time.

As with any unproven rookie, the guard started out by being on the court as much as possible. He played in 81 games during his first year, which allowed him to show off his skill. Once the Hawks realized how much potential he had, they were more careful going forward.

After only missing a single game, he missed 22 the next year. In 2020 he played in 63 games before bouncing back during the 2021 season and only missing six. Those missed contests weren’t a huge issue, and were mostly due to caution rather than anything else.

Trae Young has yet to have any serious issues. He hasn’t had surgery, nor has he missed a ton of time due to a single injury. Even so, he’s still had plenty of smaller problems that have caused him to sit out a decent amount of time each and every year.

For instance, his hamstring, ankle, elbow, and calf all caused different issues throughout the 2020 season. That combination was a big reason he missed so many games that year compared to the one before.

On top of that, he had back, heel, knee, adductor, and wrist problems in 2021. His hip and shoulder bothered him as well. The more he plays, the more those smaller problems start to add up.

However, he’s a player who’s known to take care of himself. If Young has an issue, which he often reports, the Hawks will likely keep him out. It’s about protecting their star versus trying to get another win during a largely meaningless regular season contest.

Young has had an extremely successful first four years in the NBA. He’s a shifty guard with a deadly deep shot and mind for the game. He’s also done a good job of staying on the court.

That consistency is extremely important, and has helped him become such a great leader. Being healthy is not just a part of his success, it’s one of the instrumental reasons he’s been one of the top point guards over the past few seasons.