What is a Triple-Double in Basketball? 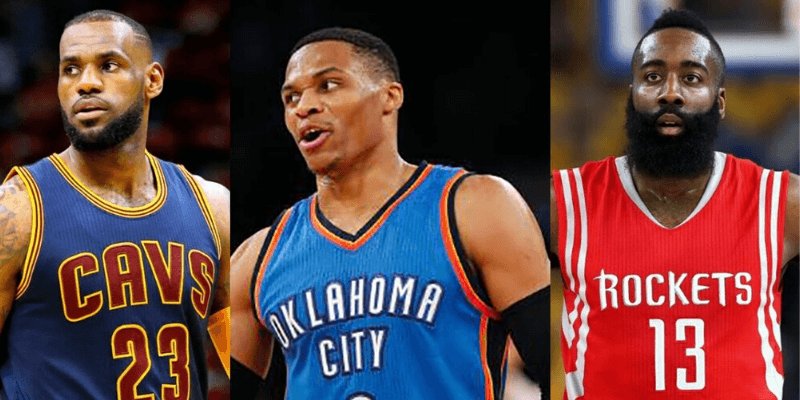 Basketball, like many other sports, is often a game of statistics. An individual player’s performance can often be measured by their statistics in categories such as points, assists, rebounds, steals and blocked shots.

If you play, coach or watch basketball, you have surely heard these statistics discussed and usually, the player who scores the most points gets the most accolades, but there is much more to the game than scoring.

A good all-around player will do well in multiple categories and may even do well enough to get a “triple-double”. A triple-double is a great accomplishment in basketball, but what exactly is a triple-double?

What is a Triple-Double?

As mentioned above there are five positive (or good) statistics that are tracked in basketball. They are :

If a player reaches double figures in any three of these categories in one game, they are said to have gotten a triple-double.

For example, if Russell Westbrook scores 35 points, has 12 assists and 10 steals in one game, then he has a triple-double for that game.

If Myles Turner scores 16 points, has 11 shot blocks and 15 rebounds he would also have a triple-double. So as you can see, double figures in 3 of any of these categories in one game would be considered a triple-double.

There is also the much more common double-double, the much less common quadruple-double, and the impossible quintuple-double.

Although Tamika Catchings who played for the Indiana Fever in the WNBA is said to have recorded a quintuple-double in highschool.

Let’s take a look at some facts and history of triple-doubles in the NBA.

The term “triple-double” was coined in the early 1980s as Magic Johnson and Larry Bird entered the NBA scene and were true all-around players that could do it all.

Some say that the public relations officer of the Los Angeles Lakers came up with the term and others claim that it was the statistician of the Philadelphia 76ers. Either way, it was the 80s when people started tracking triple-doubles.

There were triple-doubles before the 80s, but they were not tracked. Since steals and blocked shots were not recorded in the early days, some say Wilt Chamberlin would have had a triple-double every night.

In the 1960s and early 1970s, Oscar Robertson was the master of the triple-double. He nearly averaged a triple-double for his career at 25.7 points per game, 7.5 rebounds per game and 9.5 assists per game. He had 181 triple-doubles in his career which still stands as the record.

In the 1990s Ice Cube made the triple-double even more famous in his song “It Was a Good Day” with the line “messed around and got a triple-double”.

As Magic Johnson and Larry Bird retired, the number of triple-doubles went down in the 90s. Grant Hill, Jason Kidd, Charles Barkley, and David Robinson were some of the top triple-double producers. Grant Hill had one year with 10 and another with 13.

As we entered the new millennium, Jason Kidd continued to be the top triple-double producer through 2009 as he led the league 7 out of 10 years.

The next decade, starting in 2010 saw a number of triple-double leaders such as Lebron James, Rajon Rondo, and Lance Stephenson. Of those players, Rondo has the most with 6 in 2012.

Here is the list of the top 5 all-time triple-double leaders :

Keep in mind that Westbrook and James are still playing so their numbers will continue to increase. Also, Oscar Robertson and Wilt Chamberlain played in an era where blocked shots and steals were not recorded, so their numbers are most likely higher than what is shown here.

Looking at recent statistics, triple-doubles seem to be on the rise in the NBA. For the last 3 years, there have been at least 3 players that have 10 or more triple-doubles for the year. This is a large increase and it is is a very good sign for the league. It tells us that there are many players in the game that are trying to do more than just score.

Triple-double statistics are very interesting and can tell a lot about particular players. You can find a list of the most triple-doubles in a season on the official NBA website. You can also find player stats on the ESPN website.

If you play, coach or watch basketball, then you have probably heard a lot of talk about triple-doubles, especially in recent times with the numbers that Russell Westbrook has been putting up.

The triple-double is a great measure of a player and shows that they are proficient in all areas of the game. Westbrook has already broken the single-season record, who knows if Westbrook continues on this pace he may eventually break Oscar Robertson’s all-time triple-double record.

Let’s hope this trend of triple-doubles continues so we can continue to see great basketball for years to come.

What do you think about triple-double statistics? Do you think an NBA player will ever get a quintuple-double? We’d love to hear from you, so please leave your comments if you would like.