What is a Turnover in Basketball? 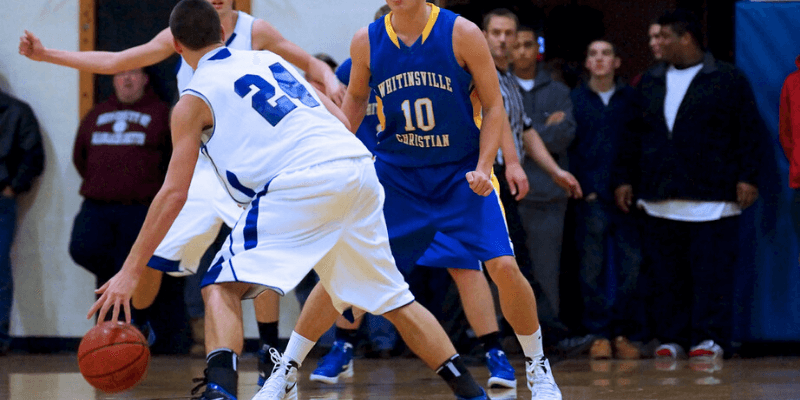 When you watch a basketball game, you will often hear the commentators talk about turnovers and how the team with the lowest number has a better chance of winning the game. If you listen to a coach speak to his team, they will probably stress the need to reduce these types of mistakes. Careless errors are a killer and usually keep coaches up at night thinking about those types of plays.

By now, you may have already figured out that turnovers are not a good thing. Turnovers are usually very bad in any sport, not just basketball and in many cases can end up costing a team the game.

So what is a turnover in basketball? Let’s take a look at what they are, why they occur, why we track them, and how they can be prevented.

The following is the definition of a basketball turnover from jr.nba.com:

“A player is charged with a turnover if they lose possession of the ball to the opposing team before a shot is attempted.”

As we can see the definition is fairly broad and there are many instances during a game that can be defined as a turnover. To provide a little more detail let’s first take a look at the two main categories.

This is a loss of possession, which has been created by the opposing team on defense. In other words, the defense has “forced” or created the turnover. For example, a defensive player steals the ball from the point guard while he is dribbling up the court, or the defensive player intercepts a pass intended for an offensive player. From the defensive perspective, these are also known as “steals”.

While it is still bad to have forced turnovers, sometimes these are chalked up to great defensive play and are not usually a product of poor fundamentals or lack of concentration by the offensive player. It is still good to limit them by using your skills to overcome good defensive play but they are going to happen in almost any game where good defense is played.

This is the worst way to relinquish the ball because it is often done through silly mistakes and can usually be avoided by playing sound fundamental basketball. While everyone makes mistakes, these are the type that coaches often look to eliminate because they are unnecessary.

Unforced turnovers are things like dribbling the ball off your foot and losing it out of bounds or to the other team, throwing a pass over your teammate’s head with the ball sailing out of bounds, or any kind of rules violation. These unforced errors can have a big effect on a game and many times can be the difference between winning and losing.

Within the two categories mentioned above, there are many examples of how a player may cough up the ball up. Take a look at the list below to see some of them.

There are other examples but the ones above are some of the most common.

Why Do We Record Turnovers?

In professional basketball, turnovers were first recorded with the start of the ABA in 1967. The NBA then started recording them in 1977. Now almost any league or team that keeps track of statistics will include this as one of the important benchmarks in a game.

The reason that we record them, like most other statistics, is so that we can measure how our team is doing and try to find indicators of their game results. Giving up the rock can be a clear indicator of a team playing poorly and you will often hear commentators say “whoever wins the turnover battle, will probably win the game”.

Why do Turnovers Happen?

In order to correct a player or team’s problems with losing the ball, it helps to first understand why the problem is happening. There can be many different reasons and most of the problems can be fixed.

Forced turnovers are caused by a good opposing defense and/or poor offensive play, which may be due to bad coaching or poor player ability. The opposing team may have a super quick athletic player who intercepts a lot of passes or maybe the team needs some new plays on offense. It could be that the point guard is a poor ball-handler and gets the ball stolen from him easily.

Unforced errors are another story. These are most often the result of mental mistakes or lack of focus but may also just be due to a player’s lack of experience or ability. They could also be due to a lack of preparation and ineffective practice. These issues are very frustrating for a coach because they are almost always avoidable with the proper fundamentals, and can make a difference in the outcome of a game.

How to Prevent Turnovers

You will often see a coach get very frustrated if his team is constantly losing the ball on offense. While this is understandable, most of the problems can be alleviated by good coaching. Offenses designed to keep the ball out of the defense’s hands and teaching the players how to use angles picks and screens to make clean passes. A simple technique while passing is to be sure and give your passer a target away from the defense to reduce steals.

Unforced errors can be reduced by first ensuring that the players have learned the fundamentals of basketball. Things such as dribbling, pivoting, making crisp passes, etc can all help alleviate the problems. Much of this goes back to how well the team practices. The coach also needs to make sure that his team is mentally prepared and focused at game time and not chasing butterflies.

So, while coaches are often frustrated by a high number of turnovers, it is often poor coaching that leads to the problem and good coaching that will fix it.

Turnovers in basketball are common especially in the lower ranks with players who are still learning the game. All coaches work tirelessly with their teams on reducing them because they can have a big impact on winning or losing a game. If you ever want to measure how a team is performing, their turnover statistics may be a good place to start.

Interesting question: If a player shoots an airball and the ball is not recovered by his team, is it a turnover? We’d love to hear from you, so please leave your comments.