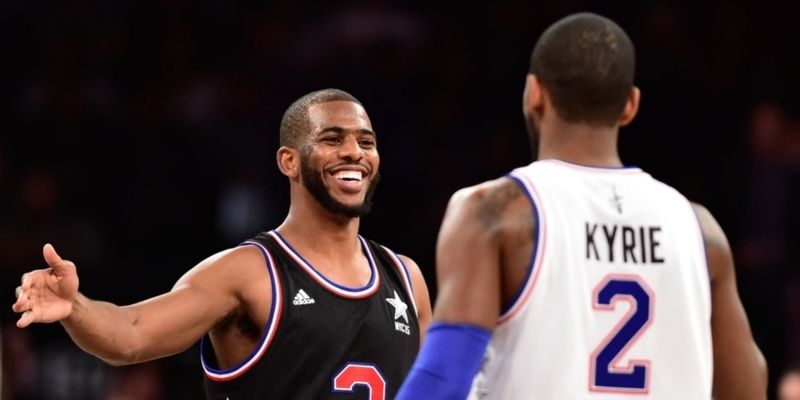 You were probably taught from a young age that to get tall and strong, you have to eat a well-balanced meal of meats and vegetables, then wash it all down with a big glass of milk.

As an athlete in college, meat was at the forefront of our pre-game meals, especially chicken and steak. But the plant-based vegan lifestyle has gained some steam the past few years, thanks, in large part, to social media and the popularity of several anti-meat documentaries.

The movement has entered the world of athletics, too. A litany of athletes from all sports are “going vegan” to help with performance and longevity. The NBA is no different, with several high-profile players changing their diets with successful results. If you are old-school, then this shift in lifestyle may be new to you.

Read on to learn what veganism is and if some of your favorite players made the jump to veganism!

Many confuse veganism with vegetarianism. That isn’t completely accurate as to what people on a vegan diet can eat. Veganism is a philosophy and way of living that excludes products derived in any way from animals. Vegans usually eat vegetables, grains, nuts, beans, and potatoes for sustenance in their diets.

There are a few reasons why most go vegan:

While meats, cheeses, and dairy are the lowest-hanging fruit on the tree of what you can’t eat, plenty of sneaky foods contain animal products that must be cut from vegans’ diets. Below are a few foods that you wouldn’t expect aren’t vegan:

Some feel veganism doesn’t provide all of the nutrients needed to sustain a healthy diet. People that eat “regular” are at risk of not being healthy enough—so why wouldn’t it negatively affect the strength and stamina of an athlete, right? But does dropping steak from your plate really deplete your body and hurt your chances of staying healthy?

You would be surprised just how strong they can be when they get the same nutrients from plants. The biggest argument vegans run into is the myth that you can’t get enough protein for your body without animals in your diet. This myth has been debunked on several levels—but the argument still persists among vegan detractors.

All of these guys, among other NBA stars, would disagree. Not only are they getting enough healthy vitamins and nutrients within their vegan diets, but that they’ve never felt better than when they started eating vegan. 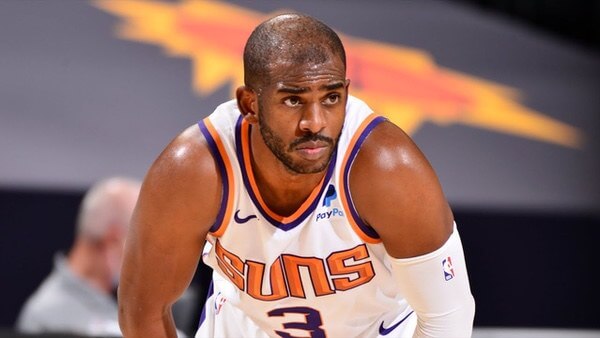 This future first-ballot Hall of Famer is very new in his vegan journey. In the summer of 2019, while co-producing a vegan documentary called ‘Game Changers,’ Paul decided to fully commit to plant-based proteins and hasn’t looked back. In 2019, he was coming off of a couple of injury-plagued seasons; many had written him off as a superstar. He was traded as an afterthought to the Oklahoma City Thunder.

His game took off after going vegan.

Paul is a huge advocate of eating clean and even has a Beyond Burger after every game to help with recovery and inflammation. Chris Paul is now 35 and feeling better than he ever has. He plays more, and his production levels are higher than they should for a 12-year league veteran—thanks in large part to his vegan diet. 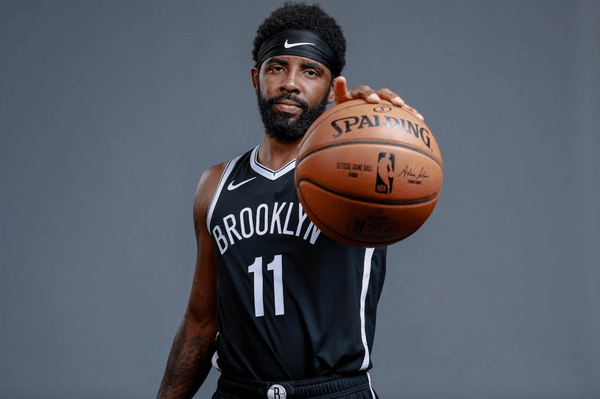 Another superstar point guard reaping the benefits of a vegan diet is Kyrie Irving. He made the switch during the 2017-18 season, like Paul, after seeing a documentary called ‘What The Health.’ Kyrie credits his vegan diet for his increased energy levels and says that his entire body feels great.

Beyond Meat started sending Irving samples. He was interested in going vegan but was having trouble finding good-tasting options on the road. He fell in love, becoming a spokesperson for the plant-based meatless alternative brand. This little gesture could have given Beyond a high-profile fan for life. 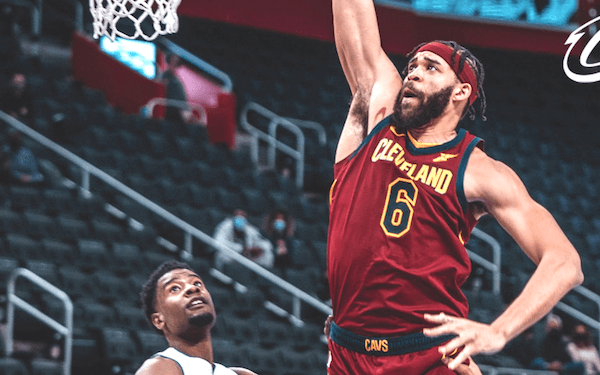 Javale McGee, the eccentric veteran big man, was looking to shed weight during the 2016 season and saw veganism as his path towards better health. He lost 20 pounds and saw his on-court production increase, helping the Golden State Warriors to two NBA titles in three seasons.

While following a vegan diet takes effort, McGee swears by its ease and convenience and loves how energetic and light his body feels throughout the day. Besides hotel room service, which McGee has to be very clear about when ordering, he says most big cities have plenty of vegan restaurant options.

Vegan players in the league say that guys approach them frequently with questions about their diet and tips on how they manage the obstacles that go into eating animal-free food. Some players, including the three we listed here, have put their money where their mouth is, investing money into vegan products. Chris Paul, Javale McGee, and Brooklyn Nets center DeAndre Jordan even created a holiday song about veganism to spread the word.

Veganism is continuing to grow in popularity and exposure. Even if a person chooses not to incorporate the full vegan diet, the industry is headed in the right direction if they are cutting back on eating meat. According to research, sixty-seven percent of Americans polled said that vegan dishes can be just as satisfying as those with animal products.

Successful Vegans in Other Sports

Basketball isn’t the only sport being transformed by veganism. Many world champion athletes across the globe credit their vegan diet as part of their success.

This world log lift record-holder is living proof that you can continue to get enough protein from a plant-based diet. Not only is Baboumian an athlete, but he also authored his own book on his vegan journey.

Veganism in the NBA is a rising trend, one that team owners and the league may want to look into for their players’ health and well-being. Superstars like Chris Paul are extending their careers because of their vegan diet and are very vocal about it. If CP3—a league veteran and NBPA player president—is talking, then the rest of the league is probably listening.

Are you a vegan athlete or ever thought about trying to go plant-based? Let us know your experiences in the comments section below!