What does It Mean to Waive a Player in the NBA? 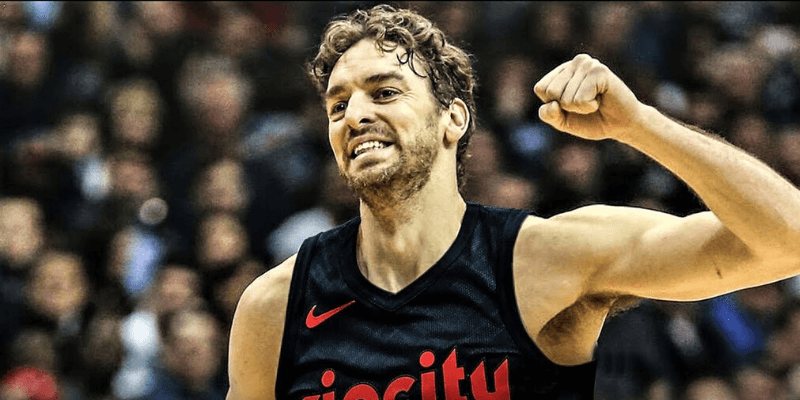 In the NBA there are 30 teams league-wide, among those 30 teams there are 5 starter positions and a total of 15 roster spots. That means that across the entire league there are 450 roster spots that need to be filled and 150 starting positions.

NBA teams need to make sure they use those 15 spots to the best of their ability. Finding the right talent and expertise to fit a coaches scheme. To keep it fair, the NBA places a salary cap so one team cannot hoard all the best players.

If a team believes a player on the contract is not worth a roster spot, they can choose to “waive” them before their contract ends. This is the most important thing to keep in mind about NBA teams waiving players.

What Does Waived Mean in the NBA?

Waived is a term used to describe when a team wants to release a player before their contract is over. The team still has to pay the player the guaranteed money from the contract but will open up a roster spot to find other players.

When a player is waived, they will enter a 48-hour waiver wire, where the other NBA teams can try to claim on the player and take on the contract from the team who put that player on the waiver wire. If no teams take the player within the 48 hours, that player enters unrestricted free agency.

In the event that multiple teams try to claim the same player, the player will go to the team with the worst win percentage. A team must have enough cap space to take on the player’s contract to be considered.

Why do NBA Teams Waive Players?

An NBA team will waive a player if they deem them a bad fit for their team, waiving them so they can open up one of the 15 roster spots the team has. Sometimes a team will sign a player on a bad contract, eating up too much of the salary cap, and will waive them in hopes another team will take the player and contract.

Sometimes a team will take in players (and their contracts) from teams they didn’t actually want. Usually, these players are tacked onto trades so one team can get rid of that player and their contract immediately. It is then up to the team receiving the player to either make it work, trade them, or waive that player.

How do NBA Teams Waive a Player?

In order to waive a player, the team must approach Adam Silver (the NBA commissioner) and request the waiver for the player. A team cannot retract the request once it is made. Then Adam Silver will go to the other professional teams and inform them of the waived player.

If multiple NBA teams put a claim on the waiver, the team with the lowest winning percentage at that moment will be given the player, and the contract will be reflected in their salary cap. It is important to note that only teams with enough salary cap for the contract can claim the player.

What is Waive Amnesty in the NBA?

In the case of a particularly bad contract, an NBA team can request for amnesty. What it essentially does is waive the players but will also remove the contract from that team’s salary cap. While the team still has to pay the player, they will free up the cap space.

A team is allowed to have only one player on amnesty.

What Happens is a Waived Player Does not Get Claimed?

In the event that a waived player doesn’t get claimed (which happens a lot), the player will enter unrestricted free agency. This is called being cleared from waivers. The team who waived the player is still responsible for the remainder of their contract.

A player in free agency then has control of what team to sign with, but if they still have a remaining contract, the team that signs them will be responsible for paying off an amount of that contact.

When can an NBA Team Waive a Player?

A team can waive a player at any time during the regular season and remove them from their roster. But if the waiver is requested after March 1, that player cannot be added to the roster of the team that claimed the player.

This is also the case for unrestricted free agents, a team has to sign a player before march if they want to add that player to their post-season roster. While the contracts will move and affect salary caps, the move will not reflect in the roster.

The NBA market is volatile with millions and millions of dollars moving around the country. Single contracts will easily reach into the millions for the right players. Free agency, trades, and waiving keep rosters ever-changing, shifting the face of the NBA every couple of months.

Waivers make sure every team has a shot at getting the players they need, no matter how bad. While at the same time ensuring that a player will receive their guaranteed money.

Does your team have a player and contract you think is taking up too much cap space and you wish they would trade? Leave a comment below and share where you think your team can improve their roster or free up some much-needed cap space.

“In the NBA there are 30 teams league-wide, among those 30 teams there are 5 starter positions and a total of 15 roster spots. That means that across the entire league there are 150 roster spots that need to be filled and 150 starting positions.”

Thanks for pointing out, we’ve corrected the error.