How to Watch the NBA Playoffs Without Cable? 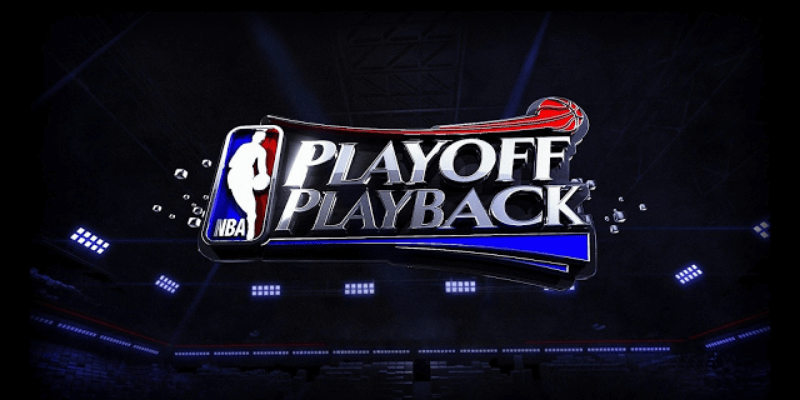 Late spring and early summer is the most exciting time for NBA fans. Why, you ask? Because it’s playoff time, baby! Yes, the NBA Playoffs are where you see which teams are destined to be great and separate themselves from the rest of the pack. You also witness those good regular season teams fold under the bright lights of the playoffs. The playoffs separate the men from the boys and fans love witnessing the drama live.

There are so many options for getting content nowadays that many are dropping their expensive cable plan and going the Netflix and Hulu rout. That can leave a big gap in your live sports watching as many of those games are on cable. But, don’t fear. We have some other options on how you can enjoy the NBA Playoffs live even if you don’t have cable.

While there is no doubt that, with the outbreak of COVID-19 and the world completely hitting the pause button, 2020 has cemented itself as one of the weirdest years in history. Its a shame, as this NBA season has already given us so much drama and there are several unfinished storylines that have captivated fans. So, while the playoffs are usually held from April through June, the NBA hopes to hold them in the late summer instead.

Recently, there have been rumblings about resuming the season as early as late June, but only time will tell. Speaking of time, is it the Lakers’ time to reclaim the league throne? Will the duo of LeBron James and Anthony Davis be enough to carry the Lakers to the title? Or perhaps it is the Milwaukee Bucks’ turn to crown themselves, and reigning league MVP Giannis Antetokounmpo, NBA Champions.

There are also teams nipping at the heels of the top tier like the Raptors who, despite losing Finals MVP Kawhi Leonard, have kept the pace of their Cinderella season last year. Speaking of Kawhi, will his strategic move to the other LA team, the Clippers, pay off with another title, his potential third with three different teams. All of these scenarios are in play if the season resumes, and you could also make a case for the Celtics and Nuggets if they get hot.

Cable is King, Sort of

We can’t just gloss over the fact that watching the NBA Playoffs, or any live sport for that matter, on cable is probably your best option for quality picture and sound. It is also the most consistent feed that you will get because you aren’t relying on an internet connection for your viewing experience. Keep in mind that this will cost you a monthly fee and it is not cheap. Depending on your package, you could spend over $2,000 on cable per year. But it may be worth it to you.

There are some cons to a cable package, and as someone who cut the cord almost a decade ago and has never looked back, the bad highly outweighs the good in my opinion. I do miss the reliability of always being able to turn on my cable box and cue a live playoff game without any effort. But if I am not watching sports, the cable landscape is a barren wasteland for the type of content I choose to fill my time.

Who has found themselves flipping channels for what seems like forever only to end up on a movie you have seen a hundred times or another Seinfeld rerun? I can feel all of you nodding your head in agreement with me.

Yes, cable is reliable but the price tag just isn’t worth it in my book. So what are my other options? Glad you asked!

Best Options Other Than Cable

We are actually very fortunate with the number of options available to us live sports fans that are fed up with their cable packages. Let’s dissect our options and see which one is right for you.

Sling TV may just be your most affordable option and works perfectly for any hoops fan looking for alternatives to cable. Sling’s Orange + Blue combo package, combining two of their plans, is the way to go for the NBA fan. It offers both TNT, ESPN, and ABC for full coverage of nearly every minute of playoff action. The plan also includes sports channels like Fox Sports and NFL Network and popular networks like HGTV, A&E, and Disney.

The one drawback is the standard DVR space of only 10 hours this plan offers. Space can get tight if you want to record a game without your family taking up all of the DVR space. An extra $5/month will bring your total to 50 DVR hours per month and may be worth the add for the fairly good value of this plan.

Yes, Hulu has live sports! If you have heard the commercials starring some of the biggest NBA stars in the game you know how important it was for Hulu to make the jump to live programming. For around $50, you can receive a Live TV package, Hulu’s on-demand content, and 50 hours of DVR space. The on-demand access rectifies some of the issues with DVR space so the whole family can happily record their favorite shows without issue.

Everyone took notice when the Google-backed content machine YouTube dipped their toes in the live television market. NBA fans should rejoice for how much YouTube offers you. It is the only live TV service that contains all four channels for NBA Playoff action – it also includes NBA TV – ensuring that you don’t miss a minute of any playoff game.

YouTube TV also offers unlimited DVR storage and anything recorded can be kept in your account for up to nine months! Not only that, but you are able to stream from up to three different devices so die-hards can set up multiple screens for the times that games overlap. With this many NBA-related benefits, you would be hard-pressed to find any fault with the service.

There is another option that I would recommend steering clear of, and that is trying to find the game via illegal stream online. Illegal NBA Playoff streams are considered pirated content and is in violation of stealing the NBA’s intellectual property which could result in fines or even jail time if caught. You are also sacrificing stream quality and dealing with unreliable streams and lag time. No one wants to watch a game only to have it freeze in the middle of a big play.

Watching the NBA season and playoffs can be accomplished very easily by switching to one of the above-mentioned streaming services and cutting your cable cord for good. I am a big fan of coupling one of the above services with Netflix and HBO Go for all of my entertainment that costs much less than cable.

As a huge fan of NBA basketball, I truly hope the league can come up with a way to finish the season for the sake of the teams and players that have sacrificed so much for greatness. We could see history in a number of different ways by completing this season and I would love for it to happen. I miss my sports, and I am sure you do too. Plus, you probably want to test out one of the streaming services listed above for all your NBA playoff action.

Have you tried watching the NBA or another live sport on a streaming service? If so, how was your experience? Let us know below in the comments section!