UniversalSports.com was a digital and television network that broadcast sporting events. It was created following the joining of forces between the InterMedia Partners (an equity investment firm in the media sector) and the sports broadcaster, NBC Sport. The network started as the World Championship Sports Network (WCSN).

In describing itself, Universal Sports said that it delivered “an immersive experience via exclusive live and on-demand coverage of world-class competitions, interaction with top athletes and in-depth access to sports news and information year-round” (Source).

Today, any attempt to access UniversalSports.com on the Internet comes back with the message, “Warning! Domain mapping upgrade for this domain not found. Please log in and go to the Domains Upgrades page of your blog to use this domain.”

What could have happened to the sports broadcaster that once called itself “the premier media destination for year-round Olympic sports programming in the United States” (Source)?

In this article, we took some time to find out what happened to UniversalSports.com. We follow the company’s history from its early days when it operated as WCSN, through the time it landed in the hands of InterMedia Partners, attracting the attention of NBC Sports, and rebranding into Universal Sports, to the time when it finally went offline. 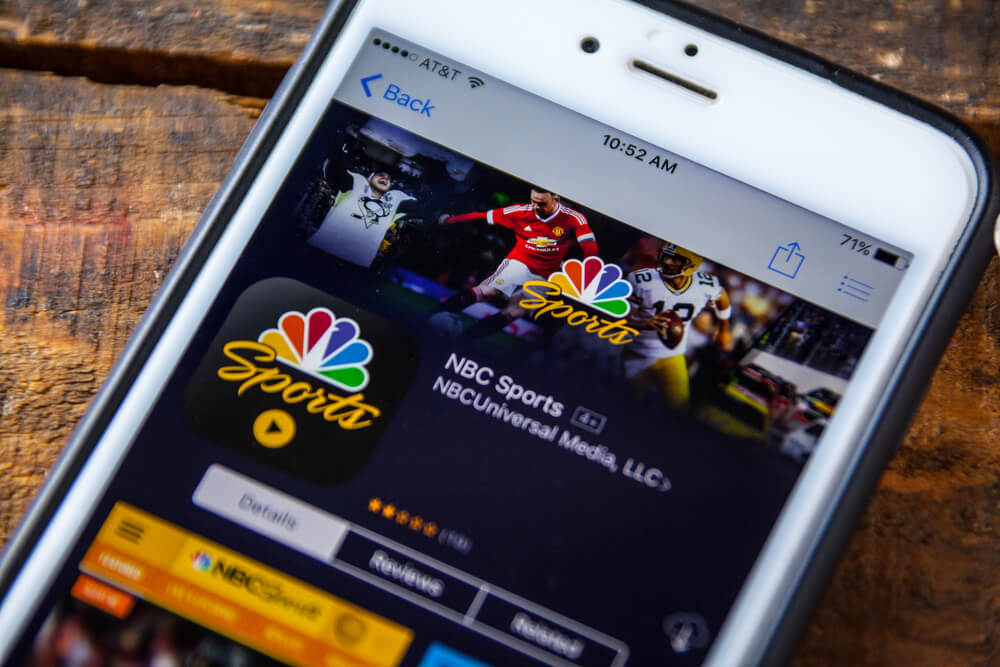 WCSN, which later became Universal Sports, launched online in 2006 (Source). At the time of its launch, the archived page of WCSN.com described the network as “the first programming network dedicated to capturing athletes and international sports federation competitions from around the world” (Source).

When it was launched, WCSN offered monthly and annual subscriptions for $4.95 and $49.95, respectively.

To sports lovers, WCSN promised to showcase a “wide variety of global sports, including track and field, gymnastics, skiing, volleyball, and much more.” It also said that it was “dedicated to providing dramatic and exclusive sports coverage on cable T.V., satellite, broadcast, online, wireless, radio, and via I.P. T.V.” (Source).

A year after it was established, WCSN signed a signal distribution deal with Granite Broadcast (a New York-based media property owner). At that time, Granite Broadcast owned 23 channels, including NBC, CBS, ABC, the C.W., and MyNetworkTV affiliates (Source).

In June 2007, reports were indicating that WCSN would be entering a distribution deal with Yahoo. As part of the deal, the former would provide Yahoo Sports free weekly branded videos to be featured on its Olympic and Olympic Sports channels.

It was also agreed that WSCN would also provide live footage of skiing, track and field, cycling, and volleyball events free for one day to Yahoo visitors. On subsequent days of the event, they would need to subscribe to WCSN (Source).

During those days, Yahoo Sports was a leader in sports traffic. The website averaged 14.6 million unique visitors per month in 2006, according to Nielsen/Net Rating (Source). The Nielsen Company (U.S.), LLC, is a provider of methodologies for measuring online activity, including advertiser effectiveness, consumer behavior, social media engagement, and brand advocacy.

The WCSN’s website listed at least 20 association partners. A report by the international news agency, Reuters, indicated that WCSN had “rights deals with most but not all Olympic sports, including track and field, gymnastics, swimming, World Cup skiing, beach volleyball, and curling.” The same report indicated that WCSN did not have rights to tennis, World Cup Soccer, and figure skating.

In 2006, the WCSN partnered with the International Ski Federation (FIS) and the U.S. Ski and Snowboard Association (USSA) to deliver season-long coverage of the FIS World Cup competitions exclusively (Source).

Through a press release on October 1, 2007, WCSN announced that it had received significant funding from InterMedia Partners. This funding made InterMedia Partners the majority stakeholder at WCSN. The announcement doesn’t indicate the amount of funding received.

The same press release quotes the WCSN chairman and CEO, Claude Ruibal, saying that WCSN was now positioned to leverage the unique opportunities to expand their Olympic and lifestyle audiences beyond two weeks every two years. He continues, “InterMedia represents a strategic, as well as financial, investor for WCSN” (Source).

What had InterMedia Partners’ seen in WCSN? The InterMedia Partners Managing Partner, Peter Kern, had the answer: “We believe that WCSN is a very valuable media property, with an ability to tap into an advertiser-friendly audience that has been previously underserved by traditional broadcast media” (Source).

Kern also acknowledged WCSN’s powerful set of rights and their sports contents that featured athletes worldwide, and the need for these contents to be available on all platforms for millions of sports enthusiasts (Source).

In mid-2008, the Managing Partner of InterMedia Partners, Leo Hindery, Jr., and the NBC Universal Sports and Olympics Chairman Dick Ebersol announced that the WCSN and NBC sports had come together. This joining of forces created a rebranded entity called Universal Sports (Source).

At the announcement, Ebersol shared some of the rebrand goals, “Universal Sports will provide a terrific year-round home to almost all Olympic sports and the athletes who give our viewers such compelling stories” (Source).

“Under the new Universal Sports name, and with NBCU as a partner, the combined business will be the undisputed home of Olympic sports across all distribution platforms, and will provide these sports and their athletes a real opportunity to get the consistent exposure they deserve across the USA,” said Ruibal (Source).

The first capture of UniversalSports.com online announced that the rebranded entity would anchor presentations of the 2008 U.S. Olympic trials in several events. These events included track and field, swimming, and indoor volleyball, among many others.

At the end of 2009, UniversalSports.com summarized some of the best news stories that year, naming the Caster Semenya gender controversy as its best of 2009. Caster Semenya is a South African 800m gold medal-winning runner who has been the subject of controversy for over a decade.

When the Semenya gender controversy burst onto the front pages of newspapers, the teenage runner had just won the woman’s 800m race’s semi-final heat. This was at the World Championships in August 2009, held in Berlin, Germany.

Writing for UniversalSports.com, Joe Battaglia says, “The media tribune at the Olympiastadion in Berlin was buzzing about an Australian newspaper report that questioned whether the South African teenager was indeed a woman.” Battaglia says that when he read the article, the only words he could muster were “Oh, my” (Source).

Battaglia says that “like watching a flame approach a powder keg, you just knew this was going to explode. And it did” (Source).

The events at the 2009 World Championships would start a debate about women with high testosterone levels, which would last another decade. Nine years later, the International Amateur Athletic Federation (IAAF) introduced the “differences of sex development,” which stipulated that athletes with certain sex development disorders that lead to high proportions of testosterone had to reduce those levels below a certain threshold.

Semenya appealed the IAAF rule in a Swiss court. The court agreed with the IAAF. Some claim that the IAAF rule was specifically targeted at Semenya (Source).

On October 21, 2015, the Sports Business Journal (SBJ) broke the story that the Universal Sports T.V. channel was going to shut down. The publication reported that the broadcaster’s executives had announced the news to its 75 employees based in Los Angeles on the same day. The announcement indicated that the signal would stop transmitting on November 16, the same year.
In an emailed statement, the NBC Sports Group said, “We are thrilled to be finalizing an agreement with Universal Sports that will provide NBCUniversal and NBC Sports with an impressive collection of media rights to some of the world’s most prestigious sporting events. We will have more information regarding our plans when the transaction closes in November” (Source).

What Then Happened to UniversalSports.com? 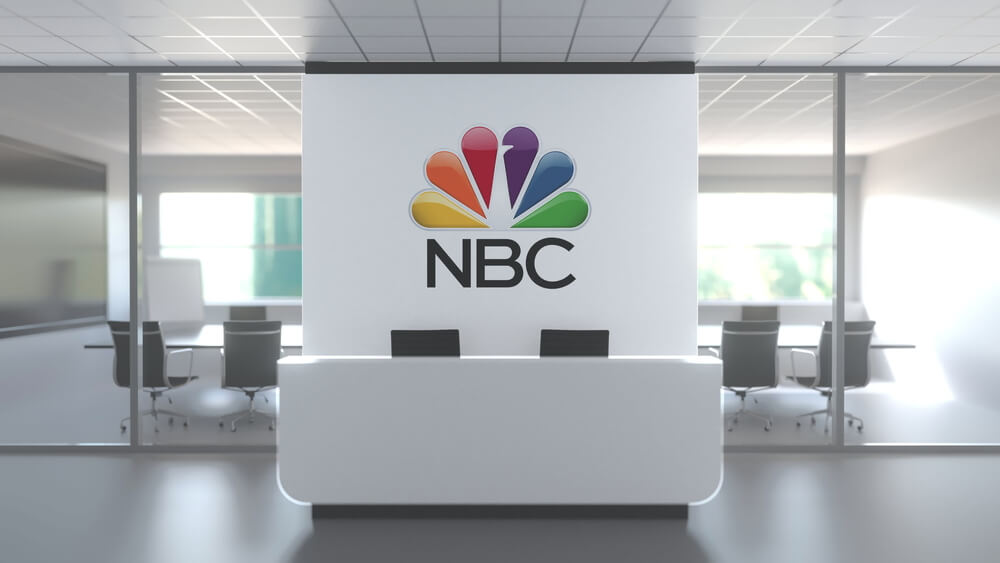 In an article written for the Los Angeles Times, titled “Universal Sports channel didn’t disappear, it just seems that way,” Joe Flint attempts to find out what really happened to Universal Sports. He writes, “Now, Universal Sports wants to be paid by distributors for carriage and is being offered as a stand-alone cable network.” However, events that followed indicate that this was mere speculation.

On November 16, 2015, the NBC Sports Group announced, “NBCUniversal has acquired Universal Sports Network assets from World Championship Sports Network, effective immediately, as part of an agreement that was announced today by all parties. Financial terms were not disclosed” (Source).

As to what happened to UniversalSports.com, we can only speculate that without the television channel, there was probably no need for the website anymore. The website seems to have gone offline sometime at the beginning of 2016 without much of a ceremony.