What is a Clear Path Foul 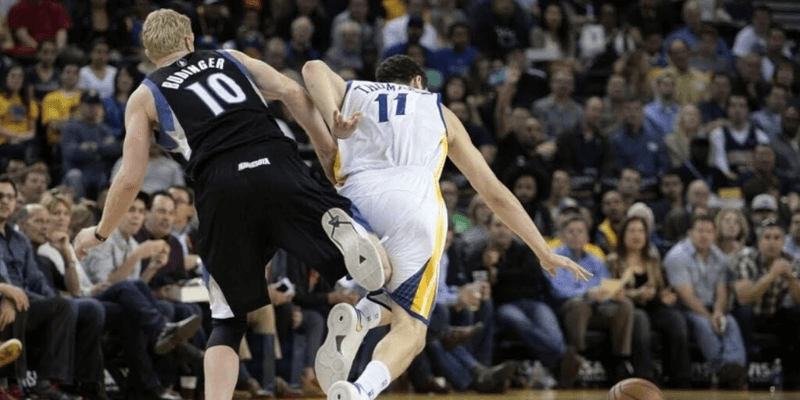 We have all seen it: a player commits a silly turnover, then immediately fouls their opponent to save a fast break layup on the other end. Usually, it’s what is known as a “common foul.” Sometimes, however, the referee will call it a clear path foul, which carries a bit more baggage. What is a clear path foul, and how is it determined by the referees?

We’re here to educate you on clear path fouls and their impact during a game. Let’s get into it!

Simply put, a clear path foul is when a defender fouls an opponent who has possession of the ball when there is no other defender between the offensive player and the basket. The ball also must be past the tip of the half-court circle. The primary violation is the defender fouling someone who has a “clear path” towards the basket.

The penalty for a clear path foul is two foul shots for the offensive player who was fouled. The offense retains possession of the ball. This type is treated as a traditional technical foul in that the team gets two shots and the ball back, which could swing the momentum of a game.

For better context, here is an example of a clear path foul during a game between the Dallas Mavericks and San Antonio Spurs. The foul that Richard Jefferson commits on Jason Kidd looks harmless enough to the casual viewer. Because there were no other defenders between Kidd and his own basket, though, the clear path was enforced. The Mavs got two foul shots AND the basketball.

Let’s dissect some of the pros and cons of a clear path foul.

The league’s reasoning for the enforcement of the clear path foul is that it “deprives his team of an opportunity to score.” My thoughts: um, isn’t that a big reason the defense commits a foul? While it’s tough to justify the league’s motive, digging under the surface will give you a clearer glimpse.

The NBA wants exciting highlights on a nightly basis. If defenders commit fouls to stop their opponent from a potential rim-rocking dunk, the product suffers. It doesn’t take a genius to see the meaning behind the rule.

Referees often need replay assistance from the monitor to determine whether or not the defense committed a “common foul” or a clear path foul on the offense (more on this later). It can be tough to spot whether another defender was further down the court. The defender might be behind the referee or in a spot where the refs cannot judge in real-time.

Fans are realizing that video replay in sports isn’t all it’s cracked up to be. They can take several minutes to decide, they don’t always yield the correct call, and they are the public enemy #1 when it comes to wasting viewers’ time.

Severity of the Penalty

A clear path foul yields the same punishment as a flagrant or technical foul. When you watch the video linked above, it doesn’t exactly scream excessive or flagrant, does it?

When I think of a technical foul, I think of this highlight reel of intense coaches arguing their case on the way to getting thrown out of a game. As for a flagrant foul—remember the old Bad Boy Pistons and Chicago Bulls confrontations in the late ‘80s? None of the clear path fouls I have ever seen come close to the videos above in terms of severity or danger.

I completely understand where the league is coming from when they added the clear path rule. Star athletes sell tickets, and game highlights pay the bills. I’m a big fan of breakaway dunks too, so there is no need to further explain why the rule exists.

But I think we could tweak it a bit so that a harmless, inconsequential foul holds so much weight and attention from the referees. If excitement is what the league wants, why do they have their refs spending so much time reviewing calls that should happen in a split second?

I’m not the only one who feels this way either. While researching this topic, I found countless articles and YouTube videos from diehard fans frustrated by clear path foul regulations. While YouTube isn’t always the place to turn for truth and objectivity, the videos make excellent points. And think—if this rule makes the NBA’s biggest fans upset, imagine what it may do for a casual fan.

There seem to be two schools of thought when people think of the clear path foul: they either couldn’t care less about it, or it’s a big pet peeve. While I can’t argue fully for either side of the coin, I can see how polarizing the rule can be for the league.

The NBA just wants top-level competitive games with jaw-dropping highlights every night. If players get fouled before they can pull off dunks, that hurts business. I just wish it didn’t bring the game to a halt when the intent is to build up the excitement.

What are your thoughts on the clear path foul? Let us know in the comments section below!