What is a Cut in Basketball? 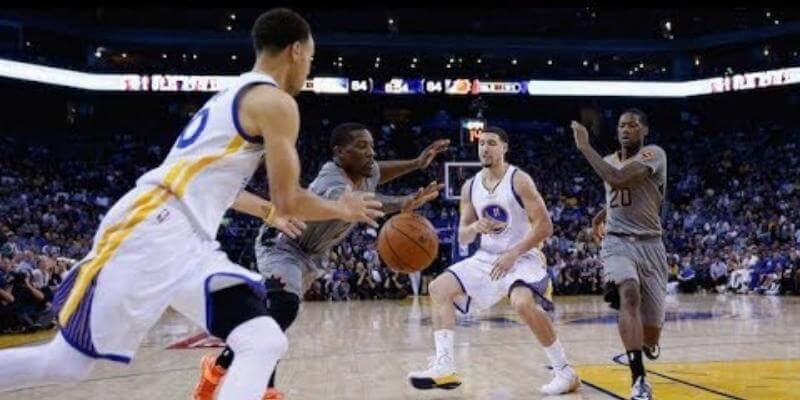 Basketball is a game of terms. Though those terms are a key part of both playing and understanding the sport, they can also get a bit confusing. That’s why breaking them down is so important.

In the following paragraphs, I will look at the word “cut” and explain what it means in relation to basketball. Gaining an understanding of the term won’t just make the sport easier to follow, it will enhance your own playing experience better as well.

The Dynamics of a Cut

A cut in basketball is a move when an offensive player suddenly shifts or changes direction when they don’t have the ball.

That quick break is used to get away from the person guarding them as a way to create separation or open up the offense.

When done well, the move is one of the most effective plays in basketball. It’s how the offense effectively rotates around the court, and it’s one of the best ways a player can create points when they aren’t holding the ball.

Cutting quickly can help run a bigger offense play, but they’re also used a lot in one-on-one situations to get an open shot.

How to Cut Well

A good cut is all about timing.

While anyone can suddenly run to (or away from) the basket, knowing when to strike is incredibly important. If you do it when the defender is expecting it, or if you cut when your teammates aren’t ready, the move likely won’t lead to anything.

However, if you can catch your opponent off guard or make a sudden slash when the player with the ball is looking for a pass it can lead to a wide open shot.

The way you make that happen is by reading the floor. If you’re not in a set play, which typically determines when your cuts should happen, you need to read both your offense and the defense at the same time.

As a general rule, you always want to cut when you’re on offense. Moving without the ball is an incredibly valuable skill, and it enables your team to move around. You never want to be static.

There are many cuts that you can use during a game, and in this section we’ll break down a few of the most basic examples.

A backdoor cut is when an offensive player fakes towards the ball handler and then runs to the basket or when a player cuts directly to the hoop when the defender isn’t looking.

There’s also a baseline cut, which occurs when a player moves from one end of the baseline to the other.

A cut is a key part of basketball because it’s what allows players off the ball to move to the basket and get open. It’s not easy to do well, nor is it something that comes naturally, but it’s something everyone should master. A good offense depends on it.