What is Iso in Basketball? 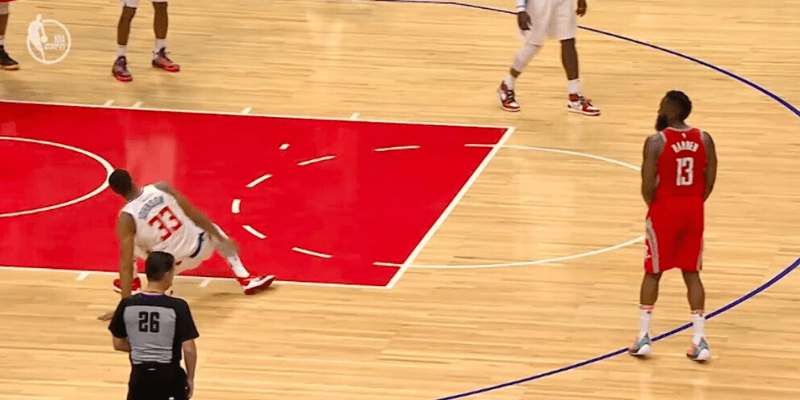 Have you ever watched a basketball game where one player has the hot hand and is feeling extremely confident every time they touch the ball? Maybe they call for the ball and wave all of their teammates away from them in order to take their man one-on-one. That move that you saw was what basketball fans call an Isolation move or an Iso, and it plays a huge part in a basketball game.

An Iso is essentially a play where you (with possession of the basketball) and your defender are isolated in a one-on-one matchup where no one is helping you in the situation with say a screen, and no one is helping the defender with a double-team or trap of the ball.

Quite often, the Iso is a competitive form of mano-a-mano during a game where two players are going at it with each other and trying to gain a competitive advantage. There are infinite videos online of two players iso-ing back and forth in a game and talking trash to psyche their opponent out. While an iso play can be done by anyone, the effectiveness of the iso move increases exponentially if the player performing the moves has the stellar ball-handling skills to back it up.

A big boom of “street ball” in the early to mid-2000s led to the rise in popularity of “iso-ball.” Streetball players like The Professor and Hot Sauce on the And1 Mixtape Tour and clips from playgrounds, like the famous Rucker Park in New York City, gave iso-ball a breath of fresh air.

Let’s get one thing straight: The moves you just saw if you pressed the links to The Professor and Hot Sauce’s highlights are NOT real basketball moves. But they did hold a place in the basketball world in the early 2000s that brought light to the importance of a good iso game when it came to playing against one of your rivals.

Iso ball can also be referred to as “hero ball” as well, which means that one player is trying to take the game over and not including their team in the regular flow of the game. It isn’t always the most lauded form of basketball because of the overwhelming team nature of the game. But those in the NBA who do it well have made a name for themselves around the league as the best players to have in one-on-one situations. Let’s take a look at two.

The NBA has a stat that measures each player in the league’s usage percentage, which is essentially the amount that player is used within a 48-minute game. James Harden is tied for the lead in the league for the 2019-2020 season at 37.5. Needless to say that Harden enjoys having the ball in his hands which tends to lead to several iso plays per game for him.

While it isn’t always the most entertaining type of basketball to watch, it is very effective for the Houston Rockets because of how good Harden is at iso-ball. His moves are so diverse and his ball-handling and quickness off the dribble help him score in a variety of different ways. Be it step-back jumper, crossover, between the legs, or shot fake to draw a foul on his defender, he is a master at the iso.

This season, Harden is almost doubling the number of iso possessions per game over the league’s 2nd place player and is averaging 12 field goals taken per game off of iso plays. He is also very efficient in this style of play only averaging a turnover on 6 percent of his iso plays. This stat is just as important as the points he scores off of iso plays – 17 points per game – as you do not want your moves to lead to baskets for the opposing team.

While Irving’s iso stats don’t jump off the page, the eye test of the moves he makes and the shots he creates during games is impressive. Irving is confident that he can go by anyone in the league, and even if he can’t go by them, they certainly aren’t going to steal the ball from him in the process.

His iso ball videos mix nifty lateral moves, Hall of Fame ball-handling skills, and lightning quickness to create highlight reels for any basketball fan to gawk at. This could also just be my own subjective opinion, but Irving’s iso plays are more entertaining to watch and the stats could be a glimpse into why.

Irving is only iso-ing on 14 percent of his plays but scores almost as much on iso plays as Harden. His iso field goal percentage, at 39.5%, is only 4 points lower than league leader Harden and his scoring frequency is only 6% lower. Irving is also four inches shorter than Harden, making the volume at which he is able to score on iso plays that much more spectacular.

The foundation of a good iso player is the ability to dribble the ball in small spaces against a defender without losing it or getting it stolen. This ability is easily learned through hours and hours of practice on different dribbling drills. Check out this video for an idea of some of the best dribbling exercises to help you with your iso game.

Iso ball is essentially one-on-one so why not practice that skill? Playing one-on-one with your friends can be an entertaining and enjoyable way to get some exercise and kill some time, but it can also be used effectively to hone your skills and create innovative moves that will work well in a game. Those moves that James Harden and Kyrie Irving use in games are practices religiously by them countless times before being tried out in a game.

These one-on-one drills, accompanied by your traditional one-on-one games, can help you pinpoint your strengths and weaknesses on the court and help you build a roadmap for what you need to work on with your game.

Iso ball, when practiced and done right, can be an extremely effective way of scoring the basketball. If you are a master ball-handler like James Harden or Kyrie Irving, it can make a highlight reel or two in the process. While it may take away from several of the team-oriented aspects of the game, there is definitely a place for it in the game especially during late-game situations when you want the ball in your best players’ hands to secure a win.