What is a Two-Way Contract in The NBA? 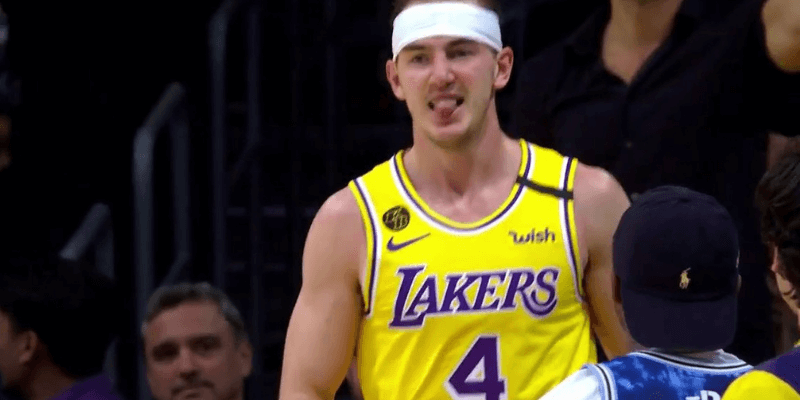 As an aspiring NBA prospect, a player might be disappointed when their name isn’t called on Draft night. But their journey doesn’t end there in hopes of one day putting on an NBA jersey. A big change in the way the NBA fosters their talent that isn’t quite ready for the “big leagues” is through the G-League, the NBA’s version of a farm system.

While the G-League has given many players a home playing professional basketball it has also worked out well for those players to sign what is called a two-way contract. If you aren’t sure about the details of a two-way contract, then you have come to the right place! We will cover all of the details on two-way contracts, give you a better idea of their role in the grand scheme of an NBA team, and cover some notable two-way players who have seen success in the league.

In short, a two-way contract is a type of contract that pays a player dependent on the league in which they are playing (either the NBA or the G-League). So, if a player signs a two-way contract with the Westchester Knicks and the New York Knicks, they will get paid a G-League salary while playing with Westchester and an NBA salary (usually the rookie league minimum) when they are on the New York Knicks roster.

Often, a team likes what they see in a player but decides that they aren’t ready for the NBA. The two-way contract helps them sign the player and assign them to their G-League team to improve while not eating up a roster spot on their bench. Two-way contract players don’t always work out, but the option to pay them a sort of “retainer fee” to watch them progress for a year, or longer, is beneficial for teams and players whose dream is to suit up for an NBA team.

When Did Two-Way Contracts Start?

Two-way contracts are very common in professional hockey as NHL teams would sign players and offer them time on their American Hockey League (AHL) affiliate team before hopefully getting called up to their NHL squad.

This type of contract started during the 2017-18 season in the NBA and are offered only to undrafted players. Each NBA team is allowed up to two two-way players on their roster at a time, essentially expanding their roster to 17 players as they are able to move them freely between their G-League and NBA team. Unfortunately, the players are only allowed to spend a maximum of 45 days on their NBA team affiliate’s roster and the rest in the G-League.

A player can make a fairly good living even if they spend all of their time in the G-League, and an even better one if moved to the NBA even for a short amount of time. Players make their $75,000 salary while playing in the G-League and if they spend the maximum 45-day period in the NBA, can make an extra $204,000. That salary bump helps players decide whether or not signing the contract is good for their playing future.

Are Two-Way Contracts Worth It?

While the idea of a two-way contract seems like a step in the right direction into the league for players who didn’t get drafted, there are skeptics on whether or not these contracts are the best for the players involved. For the teams, it is a win-win as they can evaluate two more players without much of a financial investment. If the player doesn’t work out, they simply part ways with them when their two-way contract is up.

Let’s take a look at some aspects of the contract players should consider before signing.

Playing in the NBA is a lifelong goal in most player’s professional lives and this contract, even if it doesn’t guarantee a permanent spot in the league, is one step closer to their dream. The importance of this situation can’t go overlooked when deciding whether or not a two-way contract is the right move for a players’ career.

The ability to play alongside NBA talent and get NBA coaching during your time as a two-way player can be extremely valuable in a players’ career. Many of the G-League coaches and personnel have spent time in the NBA and can educate players on the best methods and tips of the trade for having a fruitful career in the NBA. That type of experience and coaching is priceless.

1. May Not Be Maximum Earning Potential

Many players that are on the cusp of making an NBA roster could be big stars in other leagues overseas. When you produce at a high level in other countries, you are able to make a pretty hefty salary. Yes, the two-way contract is substantial, but you could potentially make multiple times that amount in overseas leagues. In fact, the biggest stars in the talented EuroLeague can make millions of dollars annually.

2. Many Uncertainties As Two-Way Player

Once you sign a two-way contract, you lose a lot of freedom that you may have elsewhere. You have virtually zero bargaining power because a two-way player isn’t that important in an organization’s long-term plans.

For many, the opportunity to sign a two-way contract is strictly based on personal preference. Some players may never make the NBA, and are ok with playing in the G-League, or elsewhere, for the love of the game over anything else. For others, they see the two-way contract as their olive branch into the league.

In the short time that two-way contracts have been around the NBA, there have been some situations where you can’t argue the contract didn’t help the players. Let’s take a look at a couple from this past season where the positive outcome is undeniable.

Dozier has been in the league officially for three years, however only played in eight total games before this past year. That changed significantly this year when Dozier saw action in 29 games including some key minutes in the Playoffs. His stat sheet won’t jump out at you but he is a great ball handler who played good minutes against the eventual champion LA Lakers and probably cemented himself a roster spot for next year.

On October 11th, Caruso started Game 6 of the NBA Finals and helped lead the team to the 2020 NBA Title playing 32 minutes and getting 4 points, 5 assists, and 3 rebounds in the historic win.

Alex Caruso is who NBA hopefuls will look to when they consider signing two-way contracts and starting their journey to potential NBA glory. For every Alex Caruso, there are several two-way busts. The NBA is the best basketball league in the world and the odds are against players making it. But players have been dreaming about making the NBA their whole lives and will continue to pursue their dreams. The two-way contract is one path towards fulfilling that dream.

What are your thoughts on the two-way contract? Would you sign one or play overseas if given the opportunity? Let us know in our comments below!