When Do NBA Players Get Paid 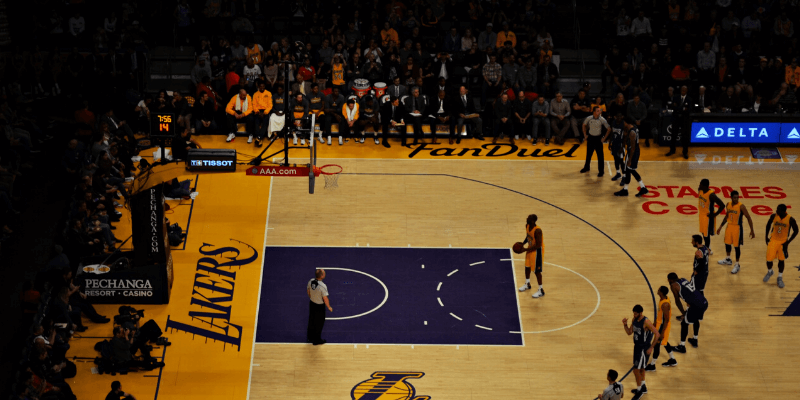 The NBA has some of the highest-paid athletes in the world with an average player salary of $6 million per season. Players like James Lebron and Kevin Durant are the highest-paid in the league due to their skills and value-added to their team. Steph Curry had a salary of $37 million in the 2018-2019 season, and by the end of the 2021-2022 season, it will be $45 million.

You might wonder how these players get paid? Do they have to undergo certain procedures to receive their payment? When are they paid? Are they taxed? In this article, we are going to take a look at the different timelines when an NBA player receives his salary. Let’s get right into this, shall we?

The Different Taxes NBA Players Are Subjected To

Every NBA player’s salary is subjected to different types of taxes after payment, and players end up with an amount that is almost half the initial salary. Each player has to pay a federal tax, which is 37 percent of the total salary. Some NBA players also pay a state income tax, which varies from one state to another.

Players residing in Florida, Tennessee, Washington, and Texas are not subjected to state taxes because the sports franchises in those states spare players from income taxes. NBA players also pay another tax known as the jock tax. To get the total amount of the jock tax that should be paid, the time spent in another state by a player is divided by the income-related days when the player is on the court.

It’s worthwhile to note that players who reside in a state that doesn’t subject them to an income tax deduction don’t pay the jock tax. Every NBA player’s salary is subjected to an escrow system at the beginning of a new season. 10 % of the salary is deducted at the beginning of a season and deposited in the player’s account when another season begins.

When Do NBA Players Get Paid?

NBA players are paid bi-weekly on the 1st and 15th day of each month of the season. A total of 24 checks are issued over the course of one year. Players with a minimum salary can either choose to receive 12 checks in six months or 36 checks in 18 months. Before 2011, players could get paid even if they were not on the court playing.

A player can also negotiate the terms of payment. Kobe Bryant is an example of a player who succeeded in negotiating his own payment terms. The contract he signed with the L.A Lakers in 2010, gave him the privilege of receiving 80 % of his salary on the first day of the season. The other percentage was to be paid through the course of the season. Just like Kobe, a minimum-salary player can receive an advance of 80 % of his guaranteed salary.

Paychecks for advance salaries can either be issued on November 15th or 1st December. Apart from the standard pay, NBA players also enjoy signing bonuses, deferred compensations, and loans. A loan is usually repaid from a player’s salary, and it should not exceed the player’s salary. Rookie contracts do not give players the privilege of taking a loan.

Curry signed a $201.2 million contract with the Golden State Warriors in 2015. In a year, Curry makes around $40 million from his salary. Not to mention, he has other sources of income like endorsements. His salary has an annual increment, and in the 2021-2022 season, he will be earning about $45 million.

In 2017, Russell Westbrook signed a contract extension with Oklahoma City, which stated that he was supposed to be paid $206.8 million in five years. Russel was later acquired by the Houston Rockets in a trade that went down with Oklahoma City.

After leaving the Golden State Warriors in 2019, Durant signed a $164.3 million contract with the Brooklyn Nets. The team still gave him the opportunity to sign the contract even though he will miss an entire season due to his current Achilles injury. In the 2022-2023 season, he will be making around $42 million.

Just like Durant, John Wall will miss the 2020-2021 season due to an Achilles tendon injury. He signed a four-year contract with the Washington Wizards that is worth $171.1 million. John’s 2023 salary will be $47 million.

In 2018, Lebron James signed a four-year contract with the Lakers, which was worth $153 million. Even though he is not the highest-paid player in the NBA right now, by 2022, he will have made $327 million out of salaries only. That will rank him as the player with the highest contract earnings of all-time.

The NBA has an organized system of issuing out payments to players. Players are paid through paychecks and those who are willing to get an advance can negotiate that in their contracts. Signing bonuses are also offered to motivate players to join certain teams. On the 1st day and 15th day of each month, each player gets a certain amount of money according to the terms dictated on their contracts.

If you have any other thoughts about this topic, let us know in the comment section below.