When Do NBA Tickets Go On Sale? 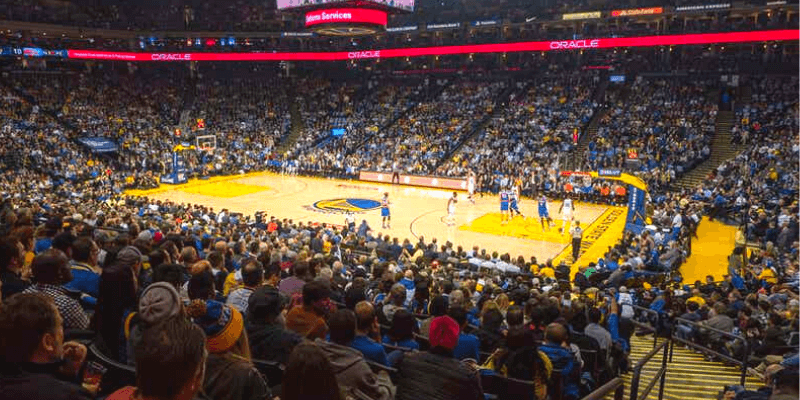 The anticipation of the NBA season each year is too much for some fans. Players move around so quickly to find the best team fit that it’s truly become a 12-month sport. However, the most critical time is between October and June—when teams duke it out on the court in front of their thousands of rowdy fans.

You might be one of those fans—eager to buy tickets for the upcoming season so you can see your favorite team live in action. But when do those tickets even become available? Well, we’re here to give you the scoop on when it’s safe to buy tickets and how soon before the game you can get them. The process and timelines can be a bit confusing, but we have you covered!

So, When Do They Go On Sale?

The answer’s a bit complicated, depending on the types of ticket sales you are looking for. COVID doesn’t help; while that’s all still up in the air, we’re hoping things will get back to normal soon! Are you in the market for a single-game ticket? Do you want a cluster of tickets for certain games throughout the season? Maybe you’re splurging for season tickets. Bear with us here—this is where it can get confusing.

Generally, teams begin selling season tickets soon after the NBA Finals conclude. Each franchise varies as to when their tickets go on sale, but they tend to capitalize on the end of the previous season; it’s a great catalyst for fans to think “next year.” It’s an interesting sales technique because of the uncertainties that lie ahead for each team:

This method is usually just a way to get early bird ticket money from the fans. It helps the teams (i.e., team owners) start earning money for next year as soon as possible.

As a fan, there are perks for buying early:

According to the Philadelphia 76ers season ticket office, fans can put ten percent down on the next season’s game tickets. This gives them season ticket holder perks like selecting their seats and other in-season or in-game promotions.

If you just want to catch a game during the regular season, then you want single-game tickets. Obviously, these are much cheaper than buying an entire season’s worth. These tickets usually go on sale within one or two days of the NBA regular-season game schedule being announced.

Many fans wait until closer to the game to purchase single-game tickets. However, buying them soon after the schedule is announced helps those who are planning ahead. If they’re going to be in a particular NBA town on a particular date and want to catch a game, they can work ahead. Getting tickets early also helps ensure that you have a guaranteed seat in the arena come tip-off. Marquee matchups could sell out, and the early bird gets the ticket in this case.

If your team is successful enough in the regular season to make the playoffs, congrats! But these tickets aren’t as planned-out as those in the regular-season. There is no set date that fans can circle for the purchase of playoff tickets. However, start monitoring your favorite team’s website once the league has an idea of what each team’s playoff seeding and game schedules are.

While it’s almost impossible to pinpoint actual playoff game dates and times prior to the end of the regular season, many teams do allow fans to buy playoff tickets beforehand. These “tickets,” however, are merely placeholders for when the playoff schedule is created by the NBA. Buying playoff tickets in advance gives fans the security of knowing they’ll be in the building rooting their team on come playoff time—even if they aren’t sure when those games will be.

Real talk: each NBA team and organization is a business that needs to make money to survive. Why do teams offer so many early ticket packages to their fans? Money, of course! What transpires during the regular season—if the team plays poorly, if their star players are hurt, etc.—may alter fans’ plans to attend games. But if a hopeful fan bought the tickets before the season began, their money’s already spent—whether they’re in the stadium not.

Another way to guarantee money from fans is to sell multiple game packages. They’re great for fans unable to swing an entire season ticket package but want to attend more than one game that season.

The games are strategically selected—some great games but mostly games against so-so opponents—by the ticket offices. Fans are rewarded with some awesome matchups, but they’ll also attend games where the stands wouldn’t be as packed.

Cheap or Pricey? Where Does Your Favorite Team Rank?

NBA teams aren’t created equal. Some can afford to charge more for their tickets for several reasons, including team success, star power, and the size of the market they’re located in. Let’s take a look at who has the most and least expensive tickets in the league.

As of 2019, Warriors tickets for a regular-season game averaged around $463. Granted, the team is the most popular in the league—thanks to Steph Curry and others—but I was blown away when I saw that figure.

The Lakers are arguably the most storied franchises in NBA history, and it’s no surprise their fans are willing to pay big bucks to see their team play. Los Angeles is also an expensive geographic region. I was still a bit surprised, though, that the Lakers average $444 per ticket. Even with LeBron James at the helm, that number’s jaw-dropping.

Cleveland hit the basement hard in terms of team success once LeBron left (for the second time!) the franchise he built up so high. They seem to be in a constant rebuilding process. Combined with the affordability and lack of draw of a city like Cleveland, the Cavs average about $42 per ticket. That amount is a far cry from the giants in the league.

You’d be hard-pressed to find any state that loves its basketball more than Indiana. The Pacers have had ups and downs in their franchise’s history, but they always seem to stay competitive within the league. Their fans are some of the loudest, too. Maybe it’s because they didn’t have to move mountains to get into the arena! Indiana comes in at second-cheapest, charging their fans an average of $52 per ticket. While that isn’t chump change, it won’t break the bank, either.

The NBA season is a thrill ride for both die-hard and casual fans. Seeing a game in person is unmatched in intensity and excitement. As a fan, it’s good to know when tickets become available so you can make plans and see your favorite players live. Once you’ve got ‘em, the only other responsibility you have is to cheer your team on louder than the next person. Oh, and don’t forget the tickets at home!

Have you ever seen an NBA game live? How easy was it to get tickets to the game? Let us know below!