Where is Luka Doncic from? 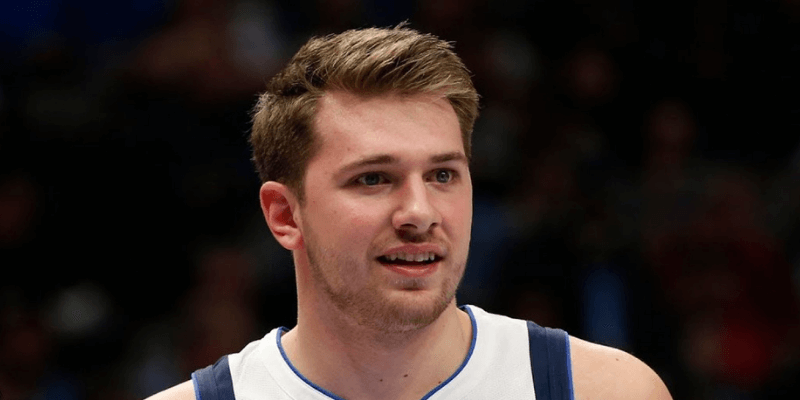 Luka Doncic has taken the NBA by storm—and he hasn’t even finished his third season in the league yet. He was an All-Star his first two seasons, won Rookie of the Year in 2018-19, and has an All-NBA First Team already under his belt. To say he has hit the ground running in the league is an understatement.

Many know about Doncic’s game on the court. As someone who came from overseas and never played big-time college basketball, his background might be a mystery to the casual fan.

The first question you may wonder is where he is from exactly?

Doncic was born in Ljubljana, Slovenia, on February 28, 1999. Doncic’s mother owned several beauty salons. His father, Sasa, was a former hooper and is currently a basketball coach.

Ljubljana is the capital of Slovenia and is the largest city in the country. Its history dates back to the 12th Century. As it is situated close to the Adriatic Sea, its location is vital for trade.

Unquestionably beautiful and quintessentially European, its architectural themes come from the Roman Empire and Middle Ages. There are gorgeous views of the Alps to the North, and many rivers run through the city. Ljubljana is a tropical city with humid temperatures and is Slovenia’s

Luka played lots of sports growing up. His family cited his love for basketball at the young age of seven months. It didn’t hurt that his father played professionally, either. Doncic always played against kids 3-4 years older than him. His opponents were often bigger and more athletic—so he learned how to outthink them.

Luka excelled at a young age, making the 14-under team in Ljubljana at age nine. Doncic moved from team to team during his childhood but always impressed, especially during the under-13 Lido di Roma Tournament where he averaged 34.5 points per game. He even notched a 54 point, 11 rebound, 10 assist triple-double during the tournament on his way to MVP honors.

Doncic spent the next five years of his adolescence at prestigious Real Madrid, where he would school players much older than him regularly. At sixteen, he even played in an exhibition against the NBA’s Boston Celtics. The theme of Luka playing at a higher level than his age continued through his adolescence.

He rose up through the ranks, improving his game and gaining a name for himself each season. In 2015, he was promoted from the youth club to the professional team at sixteen years old. In 2019, Doncic went from averaging 1.6 PPG to 16 PPG and becoming the EuroLeague MVP.

During the same year, he was drafted by the Dallas Mavericks as sort of an unknown. Sure, he won the EuroLeague MVP, but many critics still weren’t sold that his European basketball accomplishments would transfer to the NBA. Since entering the league, though, he has only proven his doubters wrong.

In year one, he captured Rookie of the Year and made an All-Star team, averaging 21 points, 8 rebounds, 6 assists, and a steal at just eighteen years of age. His second season was even better: His scoring average jumped to almost 29 PPG, and his shooting percentage improved as well. His third season is just more of the same: 29 PPG, 8 RPG, and 9 APG while improving his three-point numbers.

To take an even deeper dive into Doncic’s greatness at such a young age, let’s compare him to one of the greatest players in NBA history, LeBron James. You may be thinking, “Come on, Luka isn’t anywhere near LeBron in terms of greatness.” Take a look at these numbers:

As you can see, Luka scored at a higher rate than LBJ in both their rookie and second seasons in the league. LeBron also played seven more minutes per game his rookie year while averaging less statistically across the board. Year two was a bit closer between the two, but Luka still fared better across the board. While stats can be deceiving depending on individual situations, it is still very telling to see them compared with arguably the GOAT in LeBron.

Slovenia has had several notable basketball players break into the NBA and play in highly successful teams. Eleven Slovenian players have entered the league since 1998; the average career lasts around 6 seasons. Let’s dissect a couple of notable players below:

Nicknamed ‘The Dragon,” Dragic played professional basketball in Slovenia and Spain, similar to Luka, before entering the NBA. Dragic was also born in Ljubljana and made his professional debut in Slovenia at seventeen. He was loaned to the Spanish club Murcia in 2006 before returning to Slovenia to play in 2007.

Dragic was drafted 45th overall by the Phoenix Suns in the 2008 Draft and played behind Hall of Fame PG Steve Nash. Dragic showed flashes in Phoenix, but his stats never took off. He was traded to the Rockets and saw his production increase each year in Houston.

When he went back to Phoenix in 2012, he became a focal point of the team’s offense, averaging almost 17 points and 5 assists over three seasons. He was traded to the Heat in 2015. He spent the rest of his career there, playing a huge role in their 2020 trip to the NBA Finals.

Sasha Vujacic made the most of his ten-year career in the NBA. While he never made an All-Star team and only started 58 total games over his career, he was integral to two NBA Championship teams.

Vujacic began his professional career in Italy. His proven game led him to be drafted 27th overall by the Los Angeles Lakers in 2004. He won his first NBA title in 2009 when the Lakers beat the Magic 4-1 and earned a repeat title in 2010, taking down the Celtics in seven games. Vujacic led all bench scorers with 9 points in Game 6 of the 2010 Finals, which helped the Lakers push the Celtics to a Game 7.

Between 2010 and 2017, Vujacic bounced between the NBA and Europe, playing basketball for eight teams, including the Nets, Clippers, and Knicks. He retired from professional basketball in 2017 as a champion after scoring the game-winning layup in the Italian Basketball Cup for his Auxilium Torino club.

Luka Doncic is a shining star in the NBA and the first Slovenian-born player to have the chance to become an NBA Hall of Famer. Granted, he has a long career ahead of him, but Doncic is poised for MVP-caliber achievement in a league dominated by American-born athletes.

What are your thoughts on Luka’s game in the league? Do you think he will be a Hall of Famer one day? Let us know in the comments below!