Which Sport Has The Longest Season? 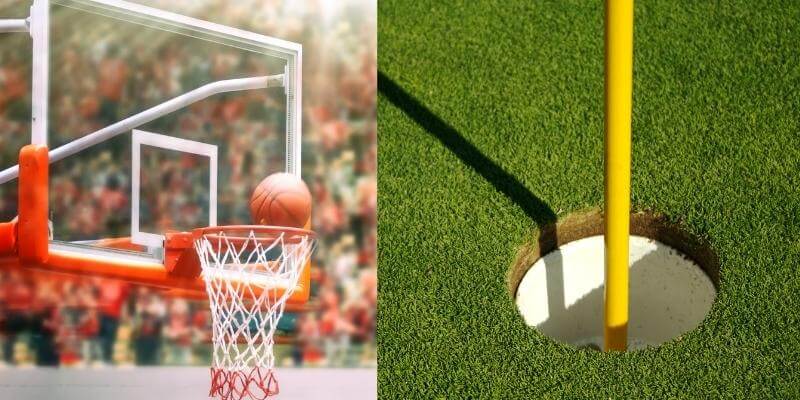 After watching your favorite team, you look back on the year’s ups and downs and think to yourself, “what a long season.”

But what sport has the longest season every year? Well, it depends on what you include in the definition of the term “sport”. Is it just the US’s Big Four leagues – the NBA, NHL, MLB, and NFL – that you include? Or do you take a look at every single professional sports league and start doing the math?

In this article’s case, we will look at the top US sports leagues, reveal whose season is the longest, and how long (or short) each league’s offseason is.

Note: I am using the last pre-COVID season – 2018-19 – for these numbers because of how shaken up the past two sports seasons have been for all sports leagues***

The Sport With The Longest Season Is…

A PGA golfer’s season usually starts in the early Fall (August/September) and ends the following year in the middle of Fall (October). That means PGA golfers have about a month off for the entire year!

Looking back at the last normal PGA season pre-COVID, the first tournament was the Safeway Open which started October 7th, 2018. The season’s final tournament – the final of the FedEx Cup Playoffs, which includes the top 125 PGA golfers – was the Tour Championship on August 25th.

Golf is unusual in that players don’t play in every tournament each season. However, if a player regularly entered tournaments during the 2018-19 season – and made the FedEx Cup Playoffs – they would have about 30 days off before the 2019-20 season began.

Wake up, go to the stadium to prepare for a game, play a 3-4 hour game, repeat 162 times in 180 days. That is the regular season for a Major League Baseball player. O, and we didn’t mention the travel for away series.

Sure, to the naked eye, it sometimes looks like an MLB player has it pretty cushy out there in left field. But the wear and tear on baseball players are felt in other ways compared to the more contact sports like football. You brave the elements in a sport without a game clock and sometimes a pitcher throws a 100 mph fastball at you. All in a season’s work for an MLB’er.

The NFL is arguably the most high impact sports league on this list. So it is fitting that it is one of the shortest seasons too. The 2018-19 NFL season began on September 6th, 2018 and ended (if you were the New England Patriots or the LA Rams) on February 5th, 2019 at Super Bowl.

The NFL is out of their season for 215 days, but does the NFL ever really stop. Players have to report to training camp months in advance of the season and it isn’t like they are kicking their feet up relaxing when they aren’t reporting to a league-sanctioned event.

In a league structured most similar to the NBA schedule-wise, the NHL is in business over two-thirds of the calendar year. Both the NHL and NBA play 82 games, however, the NHL begins earlier than basketball usually.

Hockey’s Stanley Cup was hoisted on July 12th, 2019 by the St. Louis Blues. Their first game of the season was a 5-1 drubbing by the hands of the Winnipeg Jets on October 4th, 2018.

The NBA season is a long one as well. Just like the NHL, the NBA’s 82-game season includes many back-to-back games and sometimes teams play three nights in a row (although the league has done a good job of spreading the contests out as much as possible).

The 2018-19 season began on October 16th, 2018 and concluded on April 10th, 2019. Other than the NFL, most leagues have best-of series for their playoff picture, making the playoffs feel like a second season in most cases.

If you are from the colder parts of the US, the NBA playoffs begin with snow possibly on the ground, and end in the heat of summer. The Toronto Raptors hoisted the NBA title on June 13th, 2019, and tipped off their season on October 17th, 2018.

The Importance Of The Offseason

You may be wondering why we are showing you how long each US professional sports season lasts. For one, it is interesting to see just how much time professional athletes put into their craft. Sure, they are compensated quite nicely for their efforts. But the physical toll the season puts on their bodies, and the amount of time spent away from their families is hard no matter how much money you make.

That is why an offseason is so important. The PGA offseason being only about a month long out of a calendar year may seem unfair but, unlike most team sports, golfers can pick and choose when they play and when they rest. Sure, golf isn’t as strenuous as football or hockey, but injuries happen in every sport and golfers need a rest just as much as the toughest football player.

As for the NHL, NFL, MLB, and NBA, resting is crucial to the longevity with which they play the sport. The offseason for professional athletes is used to rest and recharge their bodies and their minds. Family time plays a big part in the offseason as well as resting any injuries they picked up while playing.

And, of course, the offseason is a great time to train for “next year.” Practice those skills that need work, perfect the things you are good at, and stay in the best possible shape while also giving your body time to just chill at home.

As I said earlier no matter how much money you get paid as a professional athlete, the season is a grind. Although some seasons – the PGA Tour, NBA, and NHL – are longer than others, every athlete is showcasing their physical and mental strength at the highest level. These athletes are impressive and the reason why we, as fans, take professional sports so seriously.

Did you realize just how long pro athletes are in-season during the year? Let us know what you think in the comments section below!