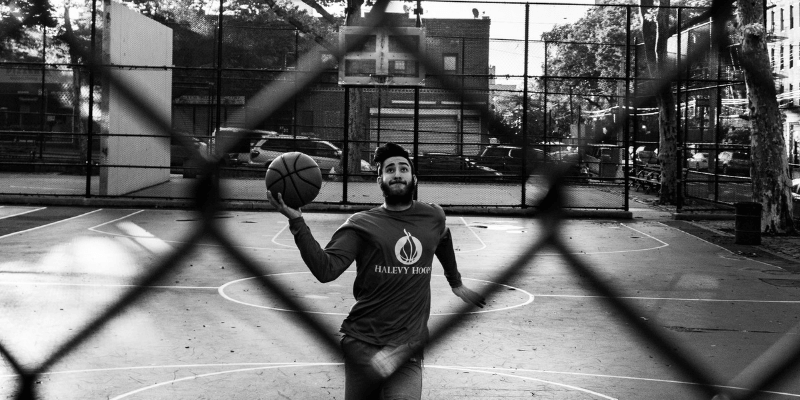 While you do not hear the term mentioned very often these days, basketball players once had a very weird name – ”cagers.” This occurred mostly in the beginnings of the game getting started.

The question is, what led to the name?

The game of basketball was invented by a Canadian man named James Naismith. He was a physical education instructor at the Springfield, Massachusetts YMCA Training School in the late 1800s.

He knew the best way to challenge people would be to come up with an activity that would help them use all of their body. In this period, cardio was pretty well understood. This allowed Naismith’s concept to work.

It was also exciting and allowed an exciting game to come to a place that was bored of the same old thing. The game became so popular that eventually, a professional league with professionals in the sport took to the court just a few years after the game’s invention.

In 1896, they’d make their mark with the first professional game in Trenton, New Jersey. Funny enough, the court that the professionals went to was in a social hall that happened to be enclosed in a cage. This was where it all truly began.

The cage was 12 feet in height with wire-mesh fencing along the end and sidelines.

How Did The “Cagers” Term Come To Be?

While the first game did occur inside a cage, many expected it to evolve past this. Yet Naismith’s rules for the game were actually made around the cage being present.

While it would be considered insane today, not every court played on was the same. Some were bigger or smaller than the other. This led to players having to adapt to the size of the court they played on. All of them had cages, so it was sometimes a tight fit for players!

Today, every NBA team today has to follow specific guidelines for their court. This especially includes the size of the court itself, and even the color of the flooring!

Even the college and high school teams have to abide by court size rules.

Today, we see the NCAA as well as various state organizations oversee rules and regulations. For their part, the NCAA runs a lot of college material regarding sports and are the ones who made sure to get courts at the same size everywhere.

On top of this, spectators actually sat much closer to the court than they do now. The cage being present allowed them to actually be closer.

Courtside seats today that we saw Shaq run into quite often were nothing compared to this!

The original rules for a ball going out of bounds were that the first player to get the ball could throw it in. This means that both teams could fight for the ball, literally. Without a cage to keep fans safe and away from the wrestling action, they could get injured.

Funny enough, the cage was positioned to a point where the ball could never go out of bounds.

This means that the out of bounds rule was pointless. The rule was eventually changed in 1902 and completely eliminated the wrestling issue altogether. This meant the cage was no longer needed.

However, the players actually enjoyed having the cage. Thus, the game remained inside a cage for longer than one would imagine. Obviously, this led to the rise of people calling basketball players “cagers.”

It was certainly not rocket science, people.

Yet, the game was more exciting in the cage to the players, especially when the ball never went out of bounds. It just bounced off the cage, giving it right back. Rope netting even replaced the wire mesh, making this concept even easier.

While players loved the cage, it eventually had to go. Most eventually stopped using them by the 1920s but a few others played in cages into the 1930s. The funny thing is that cages were never really used for the game outside the Northeast, even by colleges or high schools.

Most eventually forgot the original reason for the “cagers” name. Heck, even players once assumed it was present to protect fans from players. As if they were some sort of caged animal.

To be fair, the game was incredibly violent during this period. It was actually considered legal to smash or push someone into the cage while they were shooting. This led to brawls and even fans of home teams joining in the fight!

Things never allowed today from fouling to double dribbling were legal during the early stages of the game. Obviously, rules went on to be changed during the 1920s and 1930s. Thus, by the early 1940s, gymnasiums were home to all basketball games with cages being no more.

Both professional and college games were contested in courts often owned by the city or local college. The professional leagues (the ABA & NBA) eventually became so popular that owners got involved and arenas were built specifically for their respective basketball teams.

Today, cages are done at every level of the organized sport we know as basketball. The term “cagers” to describe basketball players is no longer in use by most.

The popularity of “cagers” could not be overlooked by many. This led to interesting decisions being made. Numerous cities across the United States went on to make basketball courts at local public parks, as well as at apartment complexes and even near schools.

Most of them are inside cages, with several still standing and in use to this very day.