Why Are The Golden State Warriors Called The Dubs? 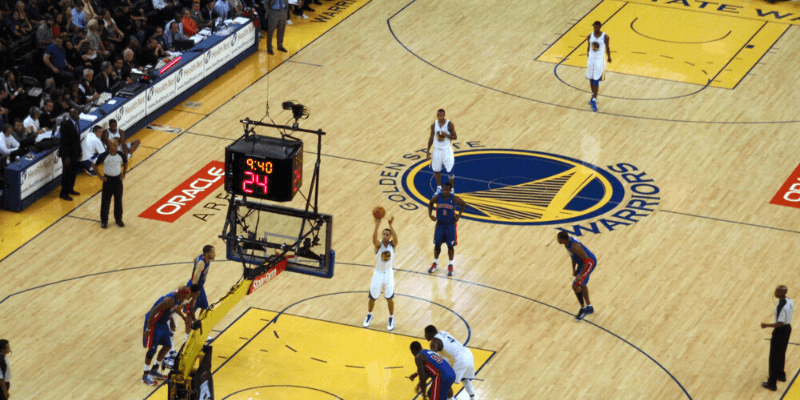 With the recent success of the Golden State Warriors, it’s no surprise that they are one the most popular teams in the NBA and are fortunate to have a consistently great fan base in the league. The talent and showmanship of the Splash Brothers (Stephen Curry and Klay Thompson) and the team surrounding them – including superstar Kevin Durant for several years and the polarizing Draymond Green – has not only brought them fame but 3 championships in five years.

They have a long and storied history dating back to 1946 in Philadelphia and have always been a unique team. Their nickname, “The Dubs”, adds to their team’s uniqueness. It may be obvious once you know the reason, but to some, it may seem like a mystery. Why are they called the Dubs?

Where Does the Name Come From?

The Dubs is a name that has been used to refer to the Golden State Warriors. Nicknames are often, but not always, shortened forms of an original name. In basketball there are other examples such as the Seattle Supersonics, who were usually known as the Sonics, The New York Knickerbockers are referred to simply as the Knicks, and the Dallas Mavericks are frequently called the Mavs.

So, how did the Warriors become the Dubs? Well, shortening Warriors to the Wars does not really sound right so the name was first shortened to the “W’s” (pronounced “double-yous”). Taking it a step further leads it to become the Dubs, taken from the first sound in “W”. It may not have been that obvious at first, but now that you know, it really is a simplified nickname.

Where Does Their Full Name Come From?

The Warrior’s shortened name, the Dubs, is relatively new. It is believed to have started in the 1990s, and while that may seem old to some, the franchise had been around almost fifty years by then. In fact, it was one of the NBA’s original teams founded in 1946. Back then they were the Philadelphia Warriors. You may have read stories about the team as all-time great Wilt Chamberlin played for seven seasons, between 1959 and 965.

In 1962, the team moved to the West Coast and became the San Francisco Warriors. There, they bounced around the city playing their home games at different arenas and auditoriums. In 1971 they used the logo with the Golden Gate bridge and the words “The City” printed above it. You have probably seen this logo when the current team wears their throw-back uniforms. 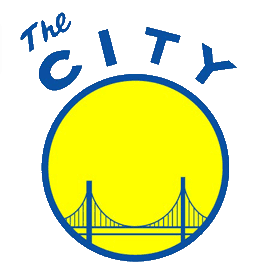 A good portion of their home games were scheduled across the bay in the Oakland Coliseum Arena and by 1971 all but 6 were played there. Just prior to the 1971-1972 season, the team was renamed the Golden State Warriors. “Golden State” was used because it referred to the state of California’s nickname and using it for the team name shows that the team represents all of California.

The Warriors are one of only 4 teams in the NBA who represent their state and not just a city. The other three are the Indiana Pacers, Utah Jazz, and the Minnesota Timberwolves. The Dubs, however, are the only one that uses the State’s nickname (Golden State) for their team rather than the official name of the state.

What is Dub Nation?

Now that you are aware of why the Warriors are referred to as the Dubs, the term “Dub Nation” may have also been on your radar. Dub Nation is a term that is used to refer to the fan base of the Golden State Warriors.

The fans who came up with the name Dubs also use Dub Nation to describe themselves and all who follow the Warriors. Instead of calling them the Warrior’s Nation they just use the shortened name. The use of “Dub Nation” is so popular that the team and its website even use it for ticket and merchandise sales. If you go there you will see that they have something called the Dub Nation Deals Program.

You will often hear the Golden State Warriors referred to as GSW. It’s not technically a nickname, but an acronym and an easy way to say their name. Another jersey that was used back in 2017, had an oak tree on it and instead of “The City” it had the words “The Town” on it. This was to pay homage to Oakland as the team made plans to move from Oracle Arena to the new Chase Center in San Francisco.

You’re probably familiar with the “The Splash Brothers” which refers to Stephen Curry and Klay Thompson. It was derived from the old nickname given to Jose Conseco and Mark Maguire of the Oakland Athletics, who were known as “The Bash Brothers”. This is not the first time that GSW has had a nickname that described some of their top players. In the late 1980s and early 1990s they had a high scoring trio called “Run TMC”.

Run TMC was a play on the rap group Run-D.M.C. The letters TMC stood for Tim Hardaway, Mitch Richmond, and Chris Mullin. It described the high scoring, run-and-gun style of offense that the team implemented using the abilities of the three stars. The offensive-minded group was so good that in their first game of the 1990-1991 season against the Denver Nuggets, they scored 162 points in the highest-scoring regulation game in NBA history.

Run TMC was created from a contest in which the fans were instructed to come up with a name for the trio. That season, the Warriors sold out every home game, and they were so popular that Run-D.M.C. came to a playoff game to introduce them.

Now that you know how Dub Nation came up with the name Dubs, it may seem quite obvious and you can see why the fans call themselves Dub Nation. Nicknames have always been part of sports and the NBA is no different. These clever, sometimes funny nicknames bring some levity to the game and they also help to keep it relevant in pop culture.

What is your favorite nickname for a basketball player or team? We’d love to hear from you, so please leave your comments.

Great Article, and Great Brief Informational History Lesson to boot!!! How I got here is kind of crazy, you see I was out and about in the neighborhood (Visitacion Valley) and I saw a few kids wearing Steph’s Jersey, dribbling a basketball going to the park to play some hoops. So, I threw a few comments their way, “so y’all gonna be the next Steph Curry and Go Dub Nation!!!” So huh, out of the blue, one of kids ask me what’s “Dub Nation?” So, not really knowing what true meaning of Dub Nation was, I stumbled and bumbled around and answered…”It’s the Champions!!!” Or we Dub the Warriors Champs!!! Well, the kids accepted the answer without question, and proceed on to the park. I thought about it for a few, and when I got home “BOOM” here I am!!! Damn “E” I wish I had read this sooner; however, thanks to you, I’m on point now!!! Take Care Man. Kev