Why Does LA Have Two NBA Teams? 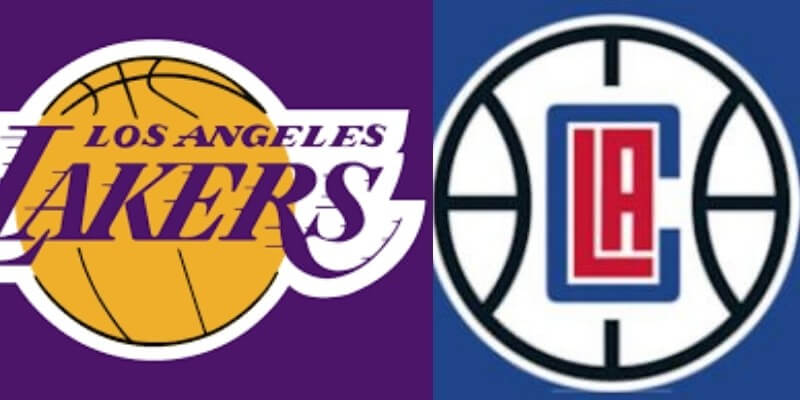 California is the third-largest state in the country and has a basketball history that dates back sixty years. The Lakers are kings with a proven track record for success.

The most famous Lakers—Magic Johnson, Shaquille O’Neal, Wilt Chamberlain, and Kobe Bryant—are top-20 all-time players. That still leaves out “The Logo” Jerry West, Elgin Baylor, and Kareem Abdul-Jabbar, all-timers that any other franchise would gladly call their own.

You notice that I only mention players from one LA basketball team when discussing Hall-of-Fame talent. That’s because the Clippers don’t have much to choose from. They have never made an NBA Finals and have nobody (because of their “Clippers years”) in the Hall in their 37-year history.

Many even wonder why the city has two teams. There’s only one reason: Donald Sterling. Let’s break this odd history down and examine both franchises’ impact so far in LA.

As ingrained as the Lakers are in NBA history, they didn’t get to the west coast until Minneapolis Lakers owner Bob Short relocated them in 1960. Until 1960, the city didn’t have a team. They only became a two-team city in 1984 when the Clips moved up the road from San Diego—in large part because Sterling grew up in LA.

Sterling was a polarizing figure who has had articles and books written about his time running the team (poorly, I might add). He was notorious for cutting corners to make a buck at the expense of his players. He would have the team fly coach on commercial flights, not pay hotel bills, and tanking seasons.

He attempted several times to move the team to LA but was always blocked by the league. He went to court with the NBA on numerous occasions, finally getting the ruling he needed to move from San Diego to LA in 1984.

The Clippers were terrible in San Diego, and their fortunes didn’t change after the move. They finished in 10th, 11th, or 12th place in each of their first seven years, only making the playoffs three times in their first 13 seasons. They lost in the first round each time.

The next fifteen years were more of the same. Bad records, even worse NBA Draft success, no stars to speak of. Honestly, when your top 10 all-time players consist of Loy Vaught, Eric Piatkowski, and Corey Maggette, you know the situation is bleak.

It wasn’t until 2011, with the rising stardom of Blake Griffin and the acquisition of Point God Chris Paul, that the Clippers began experiencing consistent success. As is the Clipper way, though, the era didn’t come without controversy. First, there was the Donald Sterling scandal which dominated the NBA during the 2011 Playoffs. Then, the Clips teams, dubbed “Lob City,” never lived up to their potential.

Their recent success is promising, as is new owner Steve Ballmer’s commitment to building a winning franchise. That renewed commitment has made a splash in the league. There’s been no real success to speak of yet: their best finish so far has been a Conference Finals appearance in 2021. Their popularity is also weak compared to the Lakers, who have dominated the NBA for over sixty years.

From 1984 through 1999, the Clippers’ base camp was the Los Angeles Memorial Sports Arena. Since 1999, the Clippers have called the Staples Center home. Yep, that’s the same arena that the Lakers have won their last six titles in.

The Lakers moved to LA in 1960 and immediately started winning. The team finished first in the West in 11 of their first 20 seasons and won 2 titles.

Team icon Magic Johnson joined in 1980. Under the watch of Pat Riley, the rest of the decade was about building a dynasty. The “Showtime” Lakers went to the Finals nine out of twelve years and won five rings. After a brief dip in production in the ‘90s, once-in-a-lifetime big man Shaquille O’Neal and young star Kobe Bryant joined forces. The result was a dominant three-peat in 2000-02.

Long after Shaq was gone, Kobe put on an impressive second act. They won back-to-back titles in 2009 and 2010, cementing his legacy in the NBA’s storied history.

Basketball irrelevance never lasts long for the purple and gold. With the recent acquisitions of Anthony Davis and this generation’s GOAT, LeBron James, the Lakers are back. They captured the 2020 NBA title in the NBA’s COVID-affected season; the Lakers will be league staples as long as AD and LeBron have anything to say about it.

The conundrum of two teams utilizing the same arena as their home court isn’t lost on the Lakers and Clippers. The Clips are slated to begin building the Inglewood Basketball and Entertainment Center, which is set to open in 2024. This will be a welcome break from a Lakers-heavy Staples Center, where the big team’s six title history makes it tough for the Clippers to gain any fan traction.

What about the fans?

It’s no secret that the Lakers are in the top ten in fan attendance in the league, but would it surprise you that the Clippers are on that list too?

You may wonder why LA is considered a Lakers town if Clips fans are filling seats, too.

First, Los Angeles and its surrounding area are made up of approximately 5 million people. Let’s also remember that the Lakers had a 24-year head start on the Clippers. They immediately experienced success and were also the first pro basketball team in the state. This set the foundation for generations of fans.

The Clippers began their tenure in LA on a low note—to the league and in their performance. If you were a basketball fan in town, you were probably already a Lakers supporter. It would have taken a juggernaut to come in and dominate the city, something the LA Clippers have never really done since coming to town.

In modern terms, the Nets just moved to Brooklyn in 2012 from New Jersey. The Big Apple is, and may always be, a Knicks town. Even though the Nets have been more successful than the Knicks since they moved in, there are approximately five or six generations of Knicks fans—no new team is going to break that up.

LA is big enough to house two NBA teams and has done so under the same roof—the Staples Center—for the past two decades. But the big question is: should LA be a two-team city?

Up until 2011, many in the league were skeptical. Now, there’s a new regime in Clipper land and a new arena being built across town. Maybe the Clippers can tap into a younger generation and grow their core audience from scratch—just like the Lakers did sixty years ago.

Who knows—maybe a Lakers/Clippers rivalry will one day own the sport.

What are your thoughts on cities having two teams? Let us know below in the comments!