Why Did Michael Jordan Play for the Wizards? 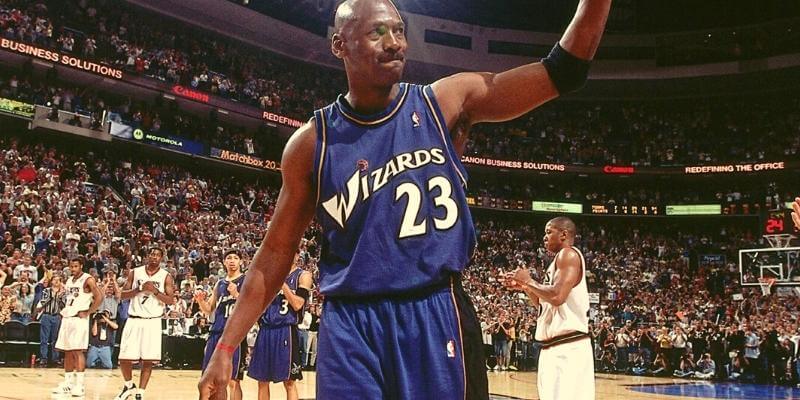 Michael Jordan is widely regarded as the greatest basketball player of all time. He had a stunning career, took home a slew of titles, and will forever be associated with the Bulls. However, that wasn’t his only team. He played for the Wizards as well.

This article covers why Jordan made the decision to go to Washington, and the different situations that led to the choice.

After completing his second three-peat and winning his sixth title in Chicago, Jordan officially retired in 1999. He felt like his time in the NBA, as well as what he set out to do, had finally come to an end. He was happy with his career and wanted to go out on top.

However, for someone as competitive as Jordan, walking away is not easy. The G.O.A.T tried to put basketball out of his mind and enjoy being off the court, but it didn’t take long for him to come back. After only two years out of the league, he returned in 2001.

While he wanted that return to be with a high profile team like the Bulls, he never got along with the staff in Chicago. He took several offers, but ultimately decided on Washington.

In 2001, the Wizards had a bit of an issue. While they saw some success during a postseason run in 1997, the lockout had left them with almost no solid pieces. They had missed the playoffs each year since the hold, and were on the verge of collapse.

That made them desperate in a way that was different from many other organizations. Though a few teams wanted Jordan, nobody was ready to give him the power the Wizards handed over.

In January 2000, majority owner Abe Pollin brought Jordan in by, not just giving him a strong contract, but making him the team’s president of basketball operations. He fully joined the front office and gained a partial ownership share as well.

That move proved too much for the superstar to ignore. In less than a year he was back on the roster, more determined than ever to prove himself. Most people already considered him the greatest ever, but in his late 30’s with a low-profile team, he could take that to the next level.

Unfortunately, that’s not how it worked out.

Jordan ended up playing two seasons with the Wizards. Though his mind and competitive nature never left, he just wasn’t as fast or as explosive as he used to be. Not only that, but he couldn’t put together a team half as good as the one he had with the Bulls.

His stats were still solid. He averaged 21.2 points, 5.9 rebounds, and 4.4 assists on 43.1 percent shooting. That’s incredibly impressive for any player, let alone an aging star who didn’t play for two seasons. He put up multiple 50 point contests on top of that too.

Even so, Jordan’s play never led to wins. The Wizards went a lowly 37-45 in both years he played there, missing the playoffs each time. He made many poor front office decisions too, and was eventually fired from his position in 2003.

He showed he could still play, but he never had the magic that he had in the 90’s.

Most players only retire once. Jordan did it three times. His second return to the game may not have been as successful as the first, but he still played well when he stayed healthy. The Wizards didn’t win anything, but the stint did show that Jordan didn’t lose much in his old age.