Could “The Professor” Grayson Boucher Play in The NBA? 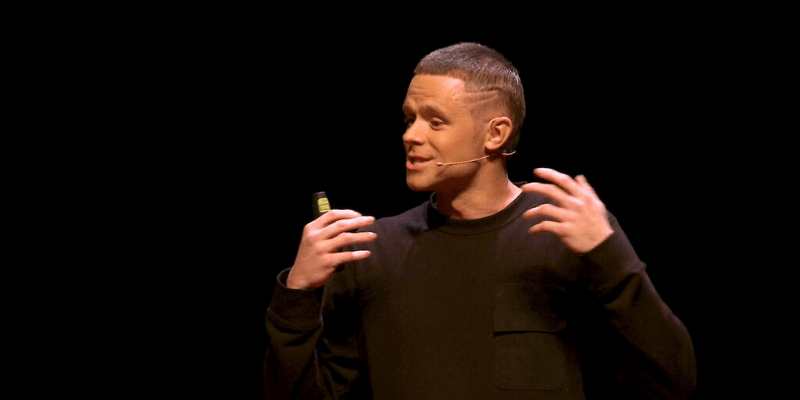 Grayson Boucher is a basketball streetball legend that has some of the best handles and tricks the game has ever seen. His ability to dribble the basketball is unreal and it’s almost like he has some sort of ball-handling superpower. Just check out some of his best highlights if you have never seen what he can do on a court before.

Boucher got the nickname ‘The Professor’ because he schools so many opponents on the court. Sometimes he leaves them clueless when he drives past everyone with ball towards the hoop making them wonder what happened. The Professor possesses legendary skills and has made a name for himself on the streetball circuits, but could he play in the NBA?

What it Takes to Play in the NBA

There are a lot of great basketball players out there but only a small percentage of these players ever make it to the NBA. In order to get into the highest level of basketball there is, you need to have a great deal of talent and skill to set yourself above and beyond the competition. Your shooting needs to be lights out, your ball handling needs to be phenomenal, and you need to be a great athlete that can sprint up and down the court all night long.

Some people are gifted genetically with the ability to shoot, dribble, run fast, and jump high. But another big part of making it to the NBA is having the size and strength to compete with the best in the world. Most basketball players at this level are tall, some are really tall, and almost all of them combine the gift of height with exceptional on-court skills that allow them to succeed and thrive in the league.

You don’t have to be tall to make it in the NBA. There is no rule that says so and many great players have been under 6 feet tall. But height is a huge advantage and if you have the basketball skills to go with it, you just might be NBA bound.

Why ‘The Professor’ isn’t in the NBA

For all of his legendary skills, Grayson Boucher has never played in the NBA. One reason this could be is his size. The Professor is only 5’ 9” and weighs 155 lbs. This is maybe an average size for a full-grown adult male, but by NBA standards, it is small. Only a few people of a similar size have ever made it to the NBA and even though Boucher has some above-average skills, he doesn’t have above average size.

Another reason the Professor isn’t in the NBA could be due to the type of basketball he plays. He is a streetball phenom but that doesn’t necessarily translate to being a great player by NBA standards. Boucher can shake-and-bake a defender no problem, but if he had to defend one of the NBA greats, he probably wouldn’t stand a chance.

Streetball also is sometimes loose on rules such as double-dribbling and traveling and some of the Professor’s moves are pretty cool, but would probably not work in the NBA because of the referees. He would have a hard time getting away with some trick moves, even though they are amazing and hard to do, at the NBA level.

Why ‘The Professor’ Could Play in the NBA

I think if he really wanted to, when he was young, Boucher could have had a shot at playing in the NBA. I don’t think he would have become an NBA legend and maybe he knew that he was destined to be a streetball great and that was enough for him. He did have the skills to make an excellent point guard with his unreal ball handling, awesome passing, and long-distance shooting abilities.

His small size is a factor, sure, but if you look at a player like Nate Robinson, Spud Webb, or Muggsy Bogues, they were also smaller in size, similar to the Professor. If he gave it a shot and was focused on competing at an NBA level, instead of just streetball, I think he would have had some good years in the league.

Boucher also has a really unique set of basketball skills that would have made him difficult to guard in the NBA. He could out dribble just about anyone and I think even at an NBA level, he could pretty much do anything he wanted with a basketball. He would have at least made a really good back-up point guard but he might have been able to start for a few years.

Grayson Boucher never made it to the NBA and maybe he never wanted to. He has developed a great and long-lasting career through the streetball circuit and he might have known that he could develop more of a name for himself in those leagues than as a little-known NBA player. He might have made it in the NBA to some degree, but we will never know for sure.

He definitely has some amazing skills and unique moves that could work on almost any level but his lack of size could have been one of the reasons he never made it into the NBA. Either way, the Professor has become a basketball legend with fans around the world and has made his living playing basketball.

Do you think the Professor could have made it in the NBA? What team would he have played for, if so?

He wouldn’t be ablextobguard most decent pro players. That’s his one outstanding weaknwess.

I think the Professor is an amazing individual. He can handle (dribble) the ball like no other! He’s a very good basketball player to say the least and I think he could have made it to the NBA with extreme focus! His talent , no doubt, is second to none…As I’ve read, and agree, his size may have limited him a little in the NBA, defensively. But nonetheless, I think he would’ve had a good shot at making the pros! Love watching him ball, unbelievable skills with the ball! Thanks Professor for putting a smile 😊 on my face and I’m sure many others! Keep up the excellent work!!! Would loved to have seen him play for the Wizards!

Why not the Globetrotters? Haven’t there been white players?

Åbsolutely Yes;) Goooo forrr itttt¡ GÖ PRÖ¡ You Gettt Öne Lïfe+Dööö ÏTTTT;)+++Take the streets inside+++to the floor boards and combine respectful forces to the Game of Love ;)))) an Take BAsketball to a Whole New level of Extreme 🙂 I would say Professor fly with the Sixers or Chicago:))))

The Utah Jazz. Greatest team ever in the league.