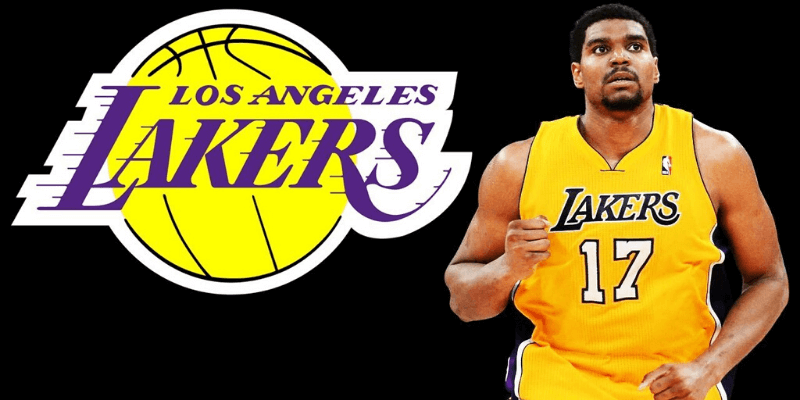 Back in the day, NBA players were drafted after they finished their college careers, but that changed in the ’70s when the rules and regulations of the NBA changed to favor high school graduates. The rules changed again in ’05, and an age limit of 19 years was set by the league.

This article will take a look at the youngest NBA players ever, and how their NBA careers played out after joining. Let’s jump right into it.

Born on October 27th, 1987, Andrew Buymun was the 10th pick in the first round of the 2005 NBA drafts. He was an All-American player throughout high school and immediately joined the L.A Lakers after high school. He went on to win two championships with the Lakers, earned an All-Star bid, he was voted to the All-NBA Team.

Bynum was traded to the Philadelphia 76’ers after playing for the L.A Lakers for seven years. He was later signed with the Cleveland Cavaliers and also played for the Chicago Bulls and Indiana Pacers. He retired in 2014.

Jermaine O’Neal was the 17th pick in the 1996 NBA Draft. He was chosen by the Portland Trail Blazers and spent four seasons there before being traded to the Indiana Pacers in 2000. He played for the Pacers for eight seasons where he had a respectable tenure and won the league’s Most Improved Player award in the 2001-2002 season.

Jermaine was also a six-time All-Star who was voted to the All-NBA team three times. He also spent time with the Raptors, Heat, Celtics, and Warriors before retiring.

Kobe is one of the greatest NBA players of all time, and it doesn’t come as a surprise that he was only 18 years when he joined the NBA. He was drafted to the Charlotte Hornets but was traded to the L.A Lakers the night of the draft. Kobe went on to be an 18-time All-Star and was voted to the All-NBA Team 15 times.

In the 2005-2006 Kobe won the league’s scoring title. He scored 81 points against Toronto, the second-highest points scored by a single player in one game. Kobe was also the youngest player to attain 30,000 career points at the age of 31. He retired in 2016.

Darko was the 2nd pick in the 2003 drafts, after being chosen by the Detroit Pistons. He is more famous for being drafted between LeBron James and Carmelo Anthony and having a less than stellar career. He was the youngest player to ever make it to the NBA Championship finals at the age of 19 years. After playing for the Pistons for two and a half years, he spent time with the Magic, Grizzlies, Knicks, and Timberwolves before retiring with the Celtics in 2012.

Darko Milicic admitted that he left the NBA to pursue a professional career in kickboxing. He relocated to Serbia and is now an apple farmer on 125 acres of land.

Before the record was broken by Kobe Bryant, Stan Brown was the youngest player to ever join the NBA and he held the record for 48 years straight. Brown was signed with the Philadelphia Sphas in 1946 while he was still in junior high school. His official debut with the team was in October 1946 and he participated in 34 BBA and NBA games. Stan Brown passed away in August 2009 at the age of 80 years.

In 1975, Bill Willoughby was drafted to the Atlanta Hawks, and he became the second-youngest player to ever join the NBA at that time. Bill’s basketball career was unsettled as he played for six teams in a span of eight years. His career came to an end when he was 26 years.

Since Bill joined the NBA at such a young age, he didn’t attend college in his early twenties. After retiring, the NBA sponsored him until he finished his college education at the age of 44. He was awarded a degree in Communications in 2001.

Tracy McGrady joined the NBA after his impressive high school career and was selected 9th overall by the Toronto Raptors. He was a young talent with loads of potential, most of which he lived up to. He is a seven-time All-Star, who was voted to the All-NBA team twice. He also led the league in scoring in 2003 and 2004. Due to injuries, McGrady retired in 2013 and is currently an analyst at ESPN.

If a player is talented and has the will to play basketball passionately he will succeed. Kobe Bryant is an example of a player who joined the NBA at a young age and had a wonderful career. Now the league is filled with 18 and 19 year-olds with expectations to perform immediately at such a young age.

Do you have any thoughts about this topic? If so, let us know in the comment section below.